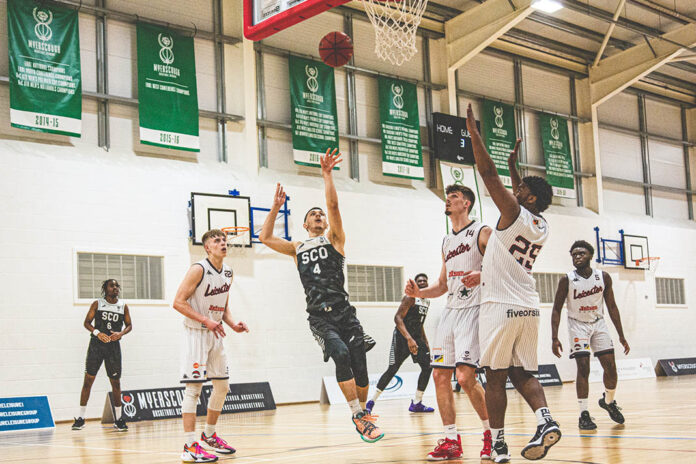 PRESTON, England — Zeki Cavli knocked down 4-of-6 3-point attempts en route to a season-high 17 points and Myerscough eased past Charnwood 85-53 on Saturday in the EABL Summer Showcase.

Great Osobor made his return to the court for Myerscough and posted 16 points to go with six assists, four rebounds and four steals in 18 minutes. Franklin Agu chipped in a double-double (15 points & 16 rebounds) and Wakeem Richardson added 15 points.

“Overall it was a good performance,” said Myerscough Academy coach James Jones. “We were active on defense generating 24 steals and our defensive rotations were solid for the most part. Offensively we shot the ball well from the perimeter but more pleasing for me was that we were sharing the ball and trying to make the right play.

“There is still room for improvement with regard to our timing and spacing on offense and our communication on the defensive end but we’ll work on those things this week and look forward to the game next weekend.”

Myerscough, which led from start to finish, broke the game open with a 15-6 stretch that helped grow a 43-23 advantage late in the first half. Agu sparked the run with seven straight points of his own, including a 3-pointer. A 13-0 third quarter run pushed the game out to 27 points and Charnwood never threatened.

Jacob Adams had 13 points off the bench and Kanu Gudza added 10 to lead Charnwood. Nathan Contay finished with eight points and six rebounds.

Myerscough shot 44 percent from the field and seven different shooters connected on a combined 13 3-pointers. Sco hit 38 percent from behind the arc.

Charnwood shot 41 percent but committed 33 turnovers, which Myerscough converted into 32 points. Sco outscored the Riders 42-20 in the paint, 11-5 on second chance points and held a 37-22 margin on points off the bench.

“It felt good to coach my first home game at Myerscough,” said Jones. “I appreciate Neal [Hopkins] giving me the opportunity to get some experience with the limited games we have. We have a good group of guys who work hard and are receptive to learning and developing themselves.

“The biggest challenge is managing the rotation as all 12 guys can contribute but I felt we managed that quite well as no one played over 24 minutes. We’re looking forward to the next games and maximizing the opportunity we have.”