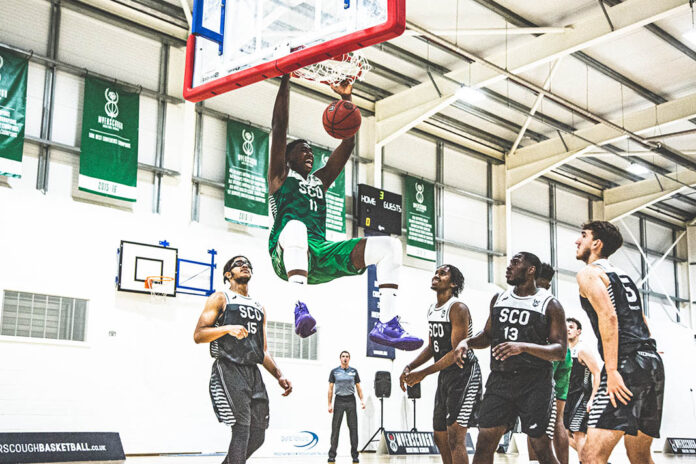 PRESTON, England – TEAM AGU topped TEAM OSOBOR 73-65 in a Myerscough Showcase exhibition, as basketball made its return on Saturday afternoon.

Myerscough was originally scheduled to tip off its Lynch Trophy slate against Derby, but the Trailblazers were unable to travel to the Preston-based campus due to concerns over coronavirus.

Before tip, it had been 212 since Myerscough last played a competitive game at any level following the cancellation of the 2019-20 season back in March.

Franklin Agu led his team with 21 points and 16 rebounds. Dan Gargan went 4-of-7 from 3-point range as he and Pedro Ellery each chipped in 17 points, and Titus Warari had 10 points and four boards.

Great Osobor had a game-high 25 points to go with 16 rebounds and five assists in the loss. Kiitan added 11 points on 4-of-6 shooting.

It was a highly competitive game that saw 13 early lead changes and six ties. But TEAM AGU led for 29:36, trailing for just seven minutes.

A 9-0 run in the second quarter broke the game open and gave TEAM AGU a 34-24 lead. TEAM OSOBOR clawed within two after halftime before Ellery and Gargan’s 3-point efforts help their team pull away.

Myerscough is scheduled to face Bradford next Saturday when the competition resumes. The Dragons are coming off a blowout win over a short-benched Newcastle.