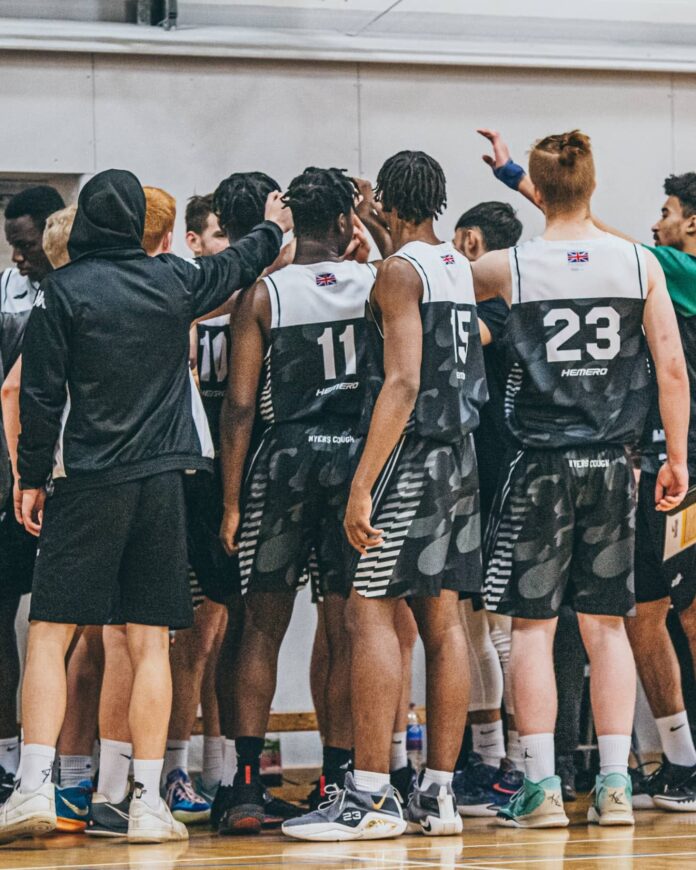 Derby – Myerscough moved to 7 & 1 in the EABL North Conference on Wednesday evening after an 84 – 54 win away to Derby Trailblazers.

12 players got their name on the score sheet for Myerscough, with first year guard Euan Birch and Bryan Akanmu finishing with 13 points each in the victory. Ridley Shema joined Birch and Akanmu in double figures with 10 points.

Myerscough jumped out to a quick start and led 20 – 10 after 5 minutes of the first quarter, Derby fought back to bring the game within touching distance, but Myerscough used an 8 – 2 run, including back to back 3-pointers from Pedro Ellery and Shema, to finish the half with a 40 – 31 lead.

Myerscough went on to outscore Derby 44 – 23 in the second half behind a balanced team effort.

“Coming off a slow start in the first half we knew we had to make adjustments, Said Myerscough’s Pedro Ellery. “We stepped up our defensive intensity from the off in the second half which led to easier transition buckets, which were hard for Derby to guard. Overall it was a good team win on the road and it should give us great momentum”.

Myerscough are back on the road next Wednesday, taking on Newcastle Eagles.