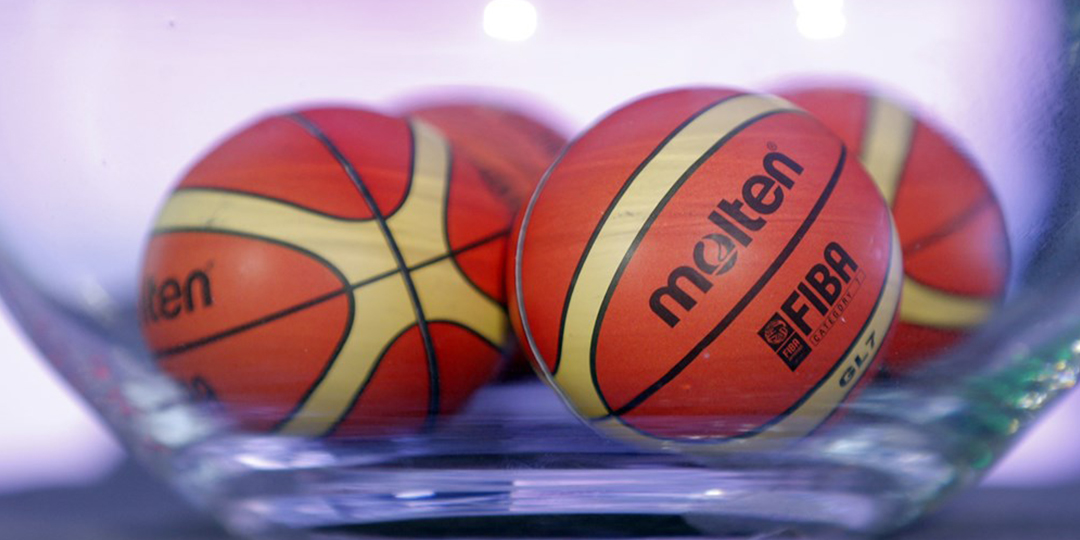 PRESTON – The FIBA European Championships marks a busy part of the summer schedule — Get caught up with the latest results and news surrounding current Myerscough players and alumni representing junior teams at the national level.

U20W – Myerscough alum Shauna Harrison has posted back-to-back games in double-figures to help Great Britain reach the FIBA U20 Women’s European Championship (Division) semifinals against Finland, which are set for Saturday in Kosovo.

U18 DIV A – After losing to France on Saturday, Great Britain concluded its European Championship with an 88-70 defeat to Lithuania on Sunday to finish the competition in eighth place. Mate Okros had 11 points and five rebounds and Amari Williams chipped in four points in 16 minutes.

U18 DIV B – Sanmi Fajana scored 11 points to go with six rebounds, as Ireland was upended 91-66 by Hungary to finish in 16th at the Division B Euros. The forward reached double figures scoring in all eight games and posted two 20-point outings, including a personal-best 22 against the Ukraine, and amassed 42 rebounds and 13 assists.

U18 – Sanmi Fajana and Ireland face Belarus in the 13th-16th pod of Division B classification games, with tip set for 12 p.m. in Oradea. Mate Okros leads Great Britain against France in Division A at 2:45 p.m., where they could finish as high as fifth and as low as eighth.

U18 DIV B – Sanmi Fajana finished with 11 points on 4-of-8 shooting in Ireland‘s 93-70 defeat to Denmark. Ireland drops into the 13th-16th classification games, which continues on Saturday.

U18 DIV A – Mate Okros scored a game-high 17 points to go with six rebounds and a three steals, but Great Britain fell to Slovenia 71-57 in the quarterfinals. Okros, who has led the team in scoring in each of the last two games, connected on 4-of-8 3-pointers in the loss.

U18 DIV A – Mate Okros led Great Britain into the quarterfinals following a 77-62 win over Montenegro. The Myerscough guard scored a game-high 18 points to go with five rebounds and five assists. He added two steals. GB will face Slovenia, which beat the Netherlands, on Thursday at 5 p.m. BST.

U18 DIV B – Sanmi Fajana kept up his great tournament with a 13-point performance to close out the group phase. Ireland, however, slipped to a 77-63 defeat to Georgia and dropped into the 9th-16th classification games. Drawn against Belgium, which finished third in Group A, Ireland returns to the court on Friday.

U18 DIV A – It’s a huge day and a great opportunity for the Great Britain U18 Men’s team to extend its win over Montenegro to three. This time, a place in the quarterfinals is on the line when the two meet at 5 p.m.

U18 DIV B – Sanmi Fajana has reached double-figures scoring in each of Ireland‘s first four Group B games at the European Championship. The forward had a near double-double, finishing with 12 points and nine rebounds in a comprehensive 81-60 win over Denmark.

Ireland closes out the group stage with a 2:15 p.m. BST tip against Georgia on Wednesday in Oradea.

U18 DIV A – Great Britain will face Group B winners Montenegro in the Round of 16 on Wednesday at 5 p,m. BST. GB came out victorious in both matchups against Montenegro a year ago, including a 70-68 triumph in the 7th/8th classification game.

U18 DIV A – Mate Okros made his return to the Great Britain U18 Men’s team on Monday after missing Game 2 with an ankle injury. The guard produced 11 points and seven rebounds, including four offensive boards, and tied for a team-high playing 27 minutes in an 86-66 loss to Germany. The defeat dropped GB to fourth in Group A with the Group B winner awaiting in the Round of 16. Montenegro is in the driver’s seat boasting a 2-0 record heading into Game 3 against winless Lithuania.

U18 DIV A – Great Britain looks to back up its overtime win against Serbia when it takes to the court to face winless Germany at 12:30 p.m. BST. Mate Okros was held out on Sunday through injury while Amari Williams played just six minutes, finishing with four rebounds and two points.

U18 DIV B – Sanmi Fajana tied for a game-high 22 points to go with six rebounds and four assists in Ireland‘s 74-63 defeat to Ukraine to fall to 1-2 in Group B.

U18 DIV A – It was a huge 87-85 overtime win for Great Britain against the back-to-back defending champions Serbia. Mate Okros was rested following his ankle injury in Game 1.

IT HAPPENED AGAIN! For the second time this summer, @gbbasketball ?? shock Serbia ??. #FIBAU18Europe

U18 DIV A – Watch live from 2:45 p.m. BST as Myerscough pair Mate Okros and Amari Williams hit the court with Great Britain in a stern test against back-to-back defending champions Serbia at the U18 European Championship in Greece.

U18 DIV A – Great Britain faces back-to-back defending and four-time champions Serbia in Game 2 at 2:45 p.m. BST on Sunday. Serbia got past Germany 75-68 in a contest that saw seven early lead changes.

U18 DIV A – Great Britain struggled out of the gates in its start to the FIBA U18 European Championship, suffering a 102-61 defeat to Turkey. Mate Okros managed just 10 minutes of action before exiting with an ankle injury while Amari Williams finished with four rebounds and three points.

U18 DIV B – Sanmi Fajana posted his second-straight 15-point game to help Ireland bounce back against Slovakia 89-57 in Oradea. The forward, who hit 6-of-11 field goals, also pulled in seven rebounds.

“Coming off a tough loss in Game 1 was really discouraging, but being able to bounce back against Slovakia really improved our confidence. Being one of the primary leaders, both in scoring and as a teammate, has really pushed me to past my limits and made me be consistent. Hopefully we can continue this run.”

U18 DIV B – Ireland, which trailed by as many as 28, saw a late comeback fall short with North Macedonia picking up an eventual 74-60 victory. Sanmi Fajana scored 12 of his team-high 15 points after halftime in the opening game at FIBA U18 Europe Division B. The forward went 5-of-9 from the field, including 3-of-5 from distance and added six rebounds and four assists in 24 minutes. Watch/Box Score

U20 DIV A – Samuel Keita played a personal-best 20 minutes to close out his debut in a European Championship competition. He made three blocks and grabbed two rebounds in Great Britain’s 82-63 defeat to Croatia. GB would finish the 2019 edition in eighth place.

Keita averaged 2.8 rebounds and 1.2 points in six games, where he played just over nine minutes.

U20 DIV A – Great Britain was defeated by Turkey for a second time in the tournament, as a 104-87 loss saw it slip into the 7th/8th place classification game. Samuel Keita grabbed a personal best eight rebounds, including three offensive boards, in just 12 minutes.

U20 DIV A – Germany proved too much beating Great Britain 81-56 in the quarterfinals. Samuel Keita pulled in four rebounds, scored two points and made one block in 10 minutes.

U20 DIV A – Great Britain provided the shock result of the tournament, defeating Serbia 77-72 in the Round of 16. Samuel Keita played 10 minutes and recorded his first points. The win saw GB secure Division A status.

THEY HAVE DONE IT! ?@gbbasketball ?? provide the biggest shock of the #FIBAU20Europe tournament, ousting ?? from the race! pic.twitter.com/LkFCWEwLuK

U20 DIV A – Great Britain dropped its second straight game to start the competition, falling 74-60 to France.

U20 DIV A – Samuel Keita, alongside Myerscough coach Neal Hopkins, and Great Britain slipped to a 69-56 defeat to begin its FIBA U20 European Championship campaign in Tel Aviv. Keita saw just three minutes of action, recording an assist.