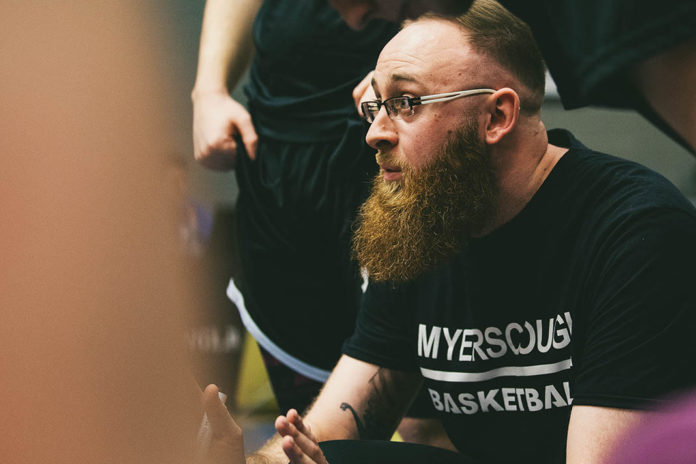 As head coach, Culley will lead Great Britain at the 2020 FIBA U16 European Championship Division B, which begins Aug. 13 in Sofia, Bulgaria. GB was recently drawn into Group C alongside Sweden, Estonia, Norway, Belarus and Iceland.

“I was overwhelmed with emotions,” said Culley, who recently obtained his Masters in Elite Coaching Practice from UCLAN. “I’m very fortunate to have a lot of good people around me that have guided me throughout the process and it’s unbelievable to be given this opportunity. I’ve always wanted to be involved with GB Basketball and this is a great reward for all the time and energy I have put in to push myself to get to this moment.”

Great Britain is coming off a 10th place finish in Montenegro, where it completed the group phase with a 2-3 record before beating Iceland and Poland. It eventually lost to Ukraine in the 9th/10th classification game.

“For anyone involved in sport, it is the highest honour to represent your country and to be selected as head coach of my first Great Britain team, I see it as an opportunity I’m ready for,” said Culley. “Being able to watch Neal [Hopkins], who has done a great job orchestrating the system we’ve been using out in Europe, has been really beneficial to learn from and those experiences are something I can draw upon.”

Great Britain’s best finish at the under-16 level was fourth at the 2017 edition — the last time the competition was held in Bulgaria. GB was led then by Myerscough alumni Mate Okros, who ranked fifth in scoring overall.

“We were blessed with a fantastic range of candidates to chose from and we are confident we have some talented coaches to move our programmes forward, including some involved for the first time,” said Chair of the GB Youth Teams Performance Group Charlie Ford.

Culley, who completed his FIBA Europe Coaching Certificate last summer, is the current head coach of the Myerscough Division 3 Men’s team and serves as an assistant under Hopkins with the EYBL and EABL teams. Last season, the 27-year-old led the Academy to an undefeated league record in the U18 North Premier before winning the National Championship in May. He has also overseen three straight triumphs in the AoC Sport Knockout Cup.

Culley has five years of national team experience, all with England. He led the England U18 Men’s team to third place at the Future Stars Tournament this past August and was an assistant with the U15 Women in 2017 and 2018 after being an apprentice with the U16 (2016) and U18 (2015) teams.

“There’s some interesting challenges that will come with managing a new group in such a short preparation window,” said Culley. “The aim of the group is to build on the work that has been done over the last couple of years and try to put ourselves in a position to gain promotion and into Division A like the Under-18s and Under-20s.”

Culley is joined by five other coaches appointed for this cycle of the European Championships, including Craig Nichol (U18 Men), Alan Keane (U20 Men), Jennifer Leedham (U16 Girls), Kendrick Liburd (U18 Women) and Len Busch (U20 Women).