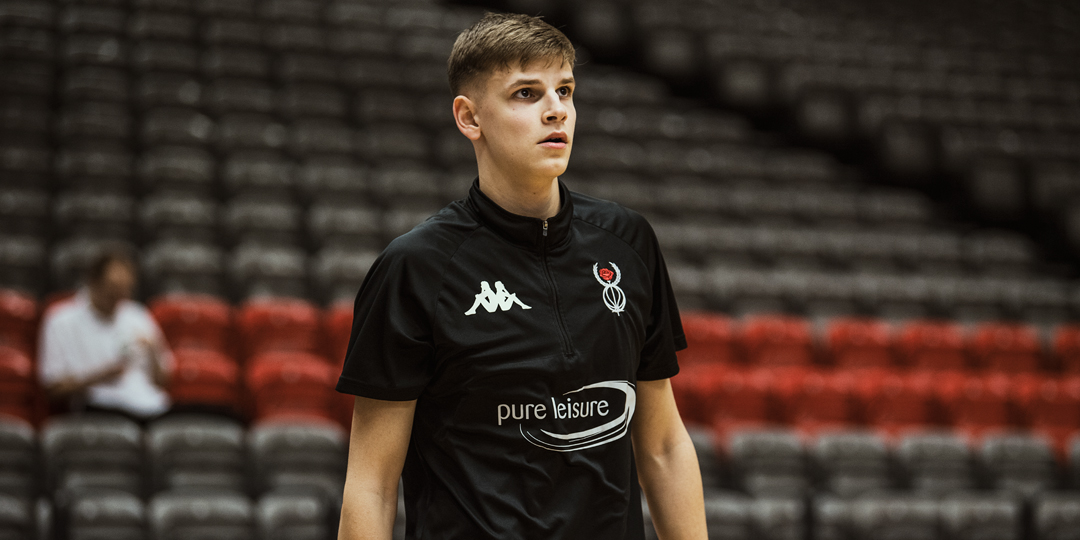 TALLINN – Mate Okros scored 12 points to go with four rebounds and three steals and Myerscough held off a late rally to beat TTÜ BS 58-50 to open the EYBL season.

Samuel Keita added 10 points and Rayon Brown had nine for Myerscough (1-0), which shot 47 percent from the field after starting the game 1-for-6. Sco converted 27 TTÜ BS (0-1) miscues into 25 points and outscored their opponent 34-14 on points in the paint.

Myerscough got off to a sluggish start in its EYBL debut and trailed by as many as nine points in the opening quarter. But a 12-0 run that spanned 3:30 vaulted Sco ahead 30-26 and they never trailed again.

Sanmi Fajana scored four unanswered points to spark the run, which was highlighted by a Keita dunk that cut the deficit to 26-24. Okros then tied the game at the line and Keita broke the deadlock.

Myerscough’s lead would swell to 19 points with 1:31 left in the third quarter, as TTÜ BS was outscored 20-4. TTÜ sliced its deficit to six points in the closing stages, but would get no closer.

POST GAME QUOTES
MYERSCOUGH COACH NEAL HOPKINS
On the physicality of the game…
“We knew that it would be physical. But then there’s a difference between knowing and actually experiencing physicality — As a baseline that was about five times more physical than what we’re used to and it took us time to find the adjustment and how to play with that.”

On what he learnt about his team …
“I think we toughed it out. We showed some guts and determination, but anyone who knows anything about sport understands that to be winners you’ve got to have that. We’ve shown character and for me that might be the most important building block before skill set and tactical understanding. We demonstrated we have some character, that’s for sure.

On Rayon Brown stepping into a leadership role …
“Rayon really sets a precedent. He’s a gamer and he comes in and wants to play with energy. He epitomises what we’re about and to have him here with the team on the floor demonstrating what Myerscough basketball is is exactly what we want at this stage of the season.”

On what the win means for basketball in Britain …
“We know we’re not just representing Myerscough, but the United Kingdom as well and we want to put more credibility on the game back home. This is a traditional competition that has a rich history and maybe people didn’t take us too seriously but now they’re going to have to take note. We’ve just beaten an established team who have a rich history of producing players at a high level.”

On what change in mentality was made to erase the deficit …
“We came out quite flat in the first quarter and not realising what we were up against and in the second quarter we went on the run that gave us a one-point lead. But in the third we really picked up our game defensively and that led to a big lead.”

On what it means to be part of a British team winning against European competition …
“We’re one of the first teams from the U.K. to enter into a European league and getting this win shows a lot about how British basketball has developed as well as how the Academy has progressed.”

On overcoming a slow start …
“We started out slow, but after we came in for a timeout we adjusted to the competition. We used defence as our priority and ran through them in the second quarter — it was a good game.”

On finishing in the paint …
“It was really physical. They fouled me on pretty much on every possession, but with the right passes and plays I was able to get to the paint and take the contact and was rewarded with a few dunks as well.