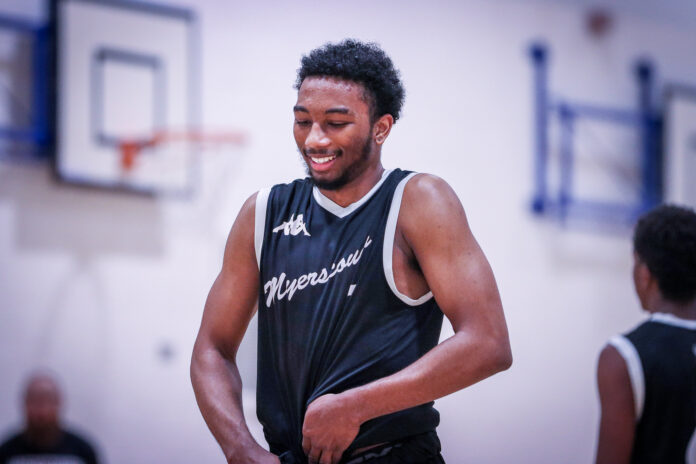 PRESTON – A 40 minute defensive effort helped Myerscough’s Under 18 Premier team strengthen their chances of post-season action in a 60 – 40 victory over Queen Ethelburga on Sunday afternoon.

“As a team we understood that todays offensive performance could’ve been a lot tidier and effective”. Said first year guard Jayden Baldie. “On the other hand our defensive performance was great, we came out with a lot of intensity and confidence which led to some easy scores and gave us the push we needed to finish the game with a comfortable win”.

A fast start from Myerscough saw the home team jump out to a 16-7 lead after the first period. QE threatened in the second quarter but Myerscough were able to walk into the half with a 28 – 20 gap.

QE’s offensive struggles continued into the second half as Myerscough gained momentum to run out with a 60 – 40 win, moving to 6 & 4 for the season. Calum Johnstone once again top scored for Myerscough, with a game high 16 points, Baldie totalled 13 points.

Division 2 Men – Myerscough dominated Team Birmingham Elite for a 87 – 49 road win on Saturday night. Sam Cheshire was at his best as the former Birmingham man collected 24 points in the win.

It was a tale of two halves as Myerscough held Elite to just 11 points after the half time break, outscoring the home side 51 – 11 through the final 20 minutes.

In a double header weekend for the Division 2 side, Myerscough failed to make it two wins from two as Doncaster Eagles jumped on a poor 4th quarter from Sco’ to grab a 75 – 69 win.

A 21-10 last 7 minutes in favour of the Eagles erased a strong display from Myerscough who had led by as many as 10 points in the 3rd period.

“It was a tough double-header weekend”. Said Pedro Ellery “Picking up a big win against Birmingham away boosted the team’s confidence, we knew the Doncaster game was going to be tough match-up with so many experienced players and in the end their experience gave them the edge down the stretch as we switched off giving up easy looks”.

Myerscough move to 5th in NBL Division 2 North with a 7 & 6 record and will host Chester University next Sunday.

Malik Razak had a season high 20 points in the loss as Lewis Edwards added 12 points for Myerscough.