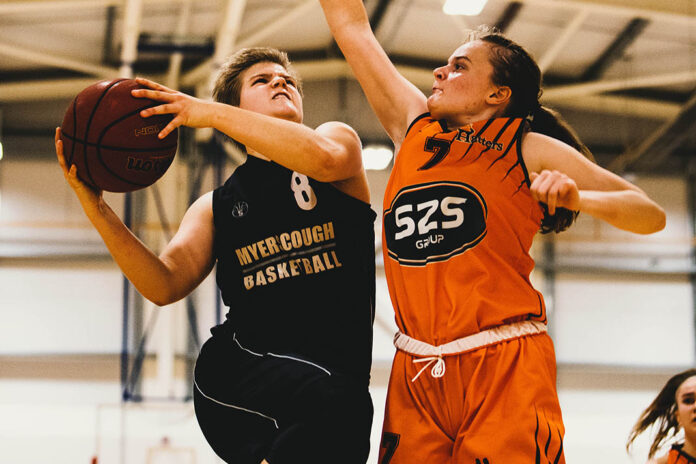 Celina Eisenhardt was a two-time All-WEABL Second Team selection during her time at Myerscough Basketball Academy and had tremendous individual success at the senior level in NBL Division 2. Off the court, she was hired as a residential support staff and worked in the college’s on site mini-market during her second year where she gained valuable skills for future employment after basketball.

I TOOK FULL ADVANTAGE OF THE PLATFORM PROVIDED BY MYERSCOUGH. That’s what I came here for. On my visit, I saw there was a perfect balance between education and basketball – I really enjoy my coursework and I prioritised that before anything else. I always tried to put in the extra work whether that be going to get shots up or doing extra strength and conditioning sessions.

COACH MIKE [BERNARD] TOLD ME TO BE ME. Coming into Year 2, Mike told me straight off the bat to do my thing and score the ball and the rest of the team will follow. I’ve just tried to take on that role as best I could with the squad we had and I tried to have fun with it. I’ve really seen a variety of shots, some that I normally wouldn’t have gotten. I came in as a catch and shoot player coming into the programme, now I’m much of a versatile scorer and that’s something I’ve really improved on.

I NOTICED THE GROWTH IN MY PERSONALITY ON AND OFF THE COURT THANKS TO THE OPPORTUNITIES I HAD. Credit to Mike. He really pushed me into different roles within the college and that speaks volumes to what he thinks about me and how he believes in me. I gained life skills that I can take beyond basketball and that’s really valuable. For the college to allow me to take on those roles and to see me as a responsible young person is a privilege. I’m over the moon with how I’ve grown because I was really shy when I came here, but I’ve come out of my shell.

MOVING AWAY FROM HOME IS ALWAYS A BIT OF A JUMP, BUT I MADE THE ADJUSTMENTS NEEDED TO OVERCOME THAT AND BE SUCCESSFUL. After my visit, I knew instantly that I was going to come here. It made the transition less daunting because I could mentally prepare for it and knew what was coming. The first few months were absolutely fine and then it hit me a little bit later on, but I overcame that hurdle and I’ve adjusted to the lifestyle of living on my own.

I’M COMPLETELY FOCUSED ON MY GOALS. Jess, Kyra and Katie were great role models as the senior players in my first year. Seeing them move onto bigger things gave me the belief I could do the same. This year has been mentally tough more than anything – we’ve obviously not had the season any of us expected, but for me it was just keeping that bigger goal in mind of making it to that next level and it’s really been a process of sticking at it and sticking with it.

MIKE HAS PLAYED A HUGE ROLE IN DEVELOPMENT – I CAN’T THANK HIM ENOUGH. It’s been a pleasure learning from him. There aren’t many people who get the chance to meet individuals like him who have been there and done that and are willing to pass on that knowledge. Every time we speak, I feel like I’m learning something whether it’s about basketball or life in general. He’s a great person to talk to and learn from and that kind of relationship helped me in my basketball and personal development – I can’t give him enough credit for taking me under his wing and sticking with me through the good and bad.

THE BIGGEST TAKEWAY FROM MYERSCOUGH IS ALL THE KNOWLEDGE I’VE GAINED AND EXPERIENCES I’VE HAD. I’ve had individual accomplishments, but being able to travel and play basketball has been great. I learned that when things get rough to just stick with it and push through and ultimately have fun and never lose focus of that bigger goal – but definitely to stick with it and good things will come.

I HOPE PEOPLE WILL REMEMBER ME FOR MY WORTH ETHIC ON AND OFF THE COURT. I always tried to stay on top of my studies, took on extra responsibilities and looked to be an example of a person who has grown through the programme. That’s what I hope to leave behind – coming into the programme I never expected to be the person I am now.