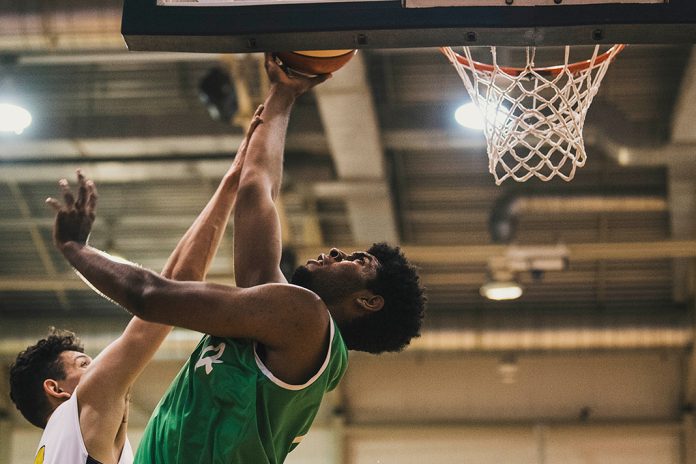 PRESTON – The Mate Okros and Callan Low era at Myerscough has passed, and it’s now time for new guys to step in and take advantage of the platform the European Youth Basketball League (EYBL) provides.

Both Okros and Low are set to begin their new careers at Drexel and Newberry College, respectively, leaving behind just one of Myerscough’s top three scorers and two starters from a season ago.

Okros ranked fourth in the league in scoring (14.3 points per game) and led the team with made 3-pointers (23). Low tied for first on Myerscough in assists (2.3 per game) and was third in points (8.0 per game).

The duo, who were roommates throughout their two years, brought leadership and an unparalleled work ethic that vaulted them to success far beyond statistical value at the junior and senior levels, as well as with Great Britain.

“This is the kind of challenge that a coach should relish,” said Myerscough head coach Neal Hopkins. “We feel that we have the right guys coming in who can step up — the opportunity is evident and that should be enough motivation.”

Turnover is nothing new for Myerscough and time and time again it has survived the ensuing adjustment period. The Academy’s reputation also makes it easier to retool, reload and go — This year boasting nine players — three ranked in the current top 10 — that attended the annual DENG Camp, so there’s no shortage of talent.

“We’re going to go in with the same determination [that got us to the SuperFinal],” said Sanmi Fajana, whose 10.6 points per game ranked second on Myerscough.

Fajana, paired with frontcourt teammate Amari Williams, accounts for Myerscough’s most experienced duo heading into the new year, with both having started 14 of a possible 18 games.

Despite being an undersized forward at 6-foot-8, Fajana grabbed a team-high 7.1 rebounds, including over two offensive boards, per game. But an ankle injury derailed the end of his season ahead of the SuperFinal.

Williams, who is looking to back up a busy summer that saw the Class of 2020 prospect feature in a number of high-profile NBA Camps, reserved his best performances for marquee opponents. In three games against BC Zalgiris and BS Riga, he totalled 39 points and 32 rebounds, posting two double-doubles, but averaged just 4.9 points elsewhere.

“They [Okros and Low] were both a big part of my development in different aspects of last year and have helped me realise what I need to be doing off court to have success on it,” said Williams.

The biggest question mark looming for Myerscough will be its guard play with six having departed the programme through graduation, including a trio at point. Three had started every game.

“Confident point guard play equals a confident team,” said Hopkins. “We did a great job at the position, especially at the point with the experience we had.”

Backup guards Lewis McGlasson, who is returning for a third year, and Bradley Kaboza give Myerscough head coach Hopkins EYBL experienced options while Sam Akano, Mikey Irvine and Louis Sullivan will look to make a strong impression at Stage I having risen through the Under-18s under assistant coach Troy Culley.

Kaboza started the 2018-19 season as an unknown before emerging as a spark off the bench for Myerscough, chipping in 5.2 points following his debut at Stage II. He posted back-to-back games in double figures in the SuperFinal and is poised to be a key cog.

“I’ve been preparing for this role all summer,” said Kaboza, who enters the year ranked ninth in the DENG Camp Top 20. “I know what I’m capable of and I feel confident that I can provide for the team.”

McGlasson, meanwhile, wants to validate he belongs, having averaged just over 10 minutes during the EYBL a season ago. He took a huge step after narrowly missing out on a place with Great Britain at the U18 European Championships and left DENG Camp with the 10th overall ranking.

“That motivated me to just go out there and prove everyone that has overlooked me,” he said. “Now I just have to keep building.”

Myerscough will ultimately have lost nearly two-thirds of its offence that contributed to an 11-4 league record and 12-6 mark overall when it hits the court on Sept. 20 against BC Helsinki.

“It’s important to say that we are not looking to replace guys,” said Hopkins. “For me, it’s about utilising what we have and making sure the guys are played to their strengths. Our success in the EYBL last season was built on a solid team effort.”

With the addition of the highly-touted Franklin Agu, Myerscough has taken a great stride towards addressing its losses.

Agu is rated as the No. 5 player in the current DENG Camp cycle. The 6-foot-6 forward, easily recognisable by his googles, is an athletic wing that already has a 26-point and 16-rebound National Cup Final performance to his credit.

“We are extremely proud of what we achieved but that is forgotten pretty quickly — This year is about sustaining that level and building on our success.”

Rayon Brown’s exit leaves a gaping hole at point guard. He ranked first on the team in assists (2.3 per game) and steals (1.4 per game) during last year’s EYBL season, impacting both ends of the court.

Hopkins has a track record of overseeing huge strides at point from veterans of the Academy’s offence. Both Martell Elly, entering his four year with the programme, and Akano, his second, both figure to compete for the starting role on their EYBL debuts.

Akano is cut from the mould of former Myerscough standout Konrad Kantorski. He is versatile and athletic, excelling in the open court while using his speed to slash through the lane to reach the basket. The 5-foot-10 guard is also an excellent passer and is developing an outside game.

“The coaching staff picking me shows that they have trust in me to perform in this environment,” said Akano, who was a big reason why the Under-18s capped off an unbeaten regular season with a National Championship during his first year.

With three starting spots open and a host of hungry new faces, Myerscough is still in a strong position to contend in the EYBL.

“Last year was all about proving ourselves, which we did,” said Hopkins. “We are extremely proud of what we achieved but that is forgotten pretty quickly — This year is about sustaining that level and building on our success.”