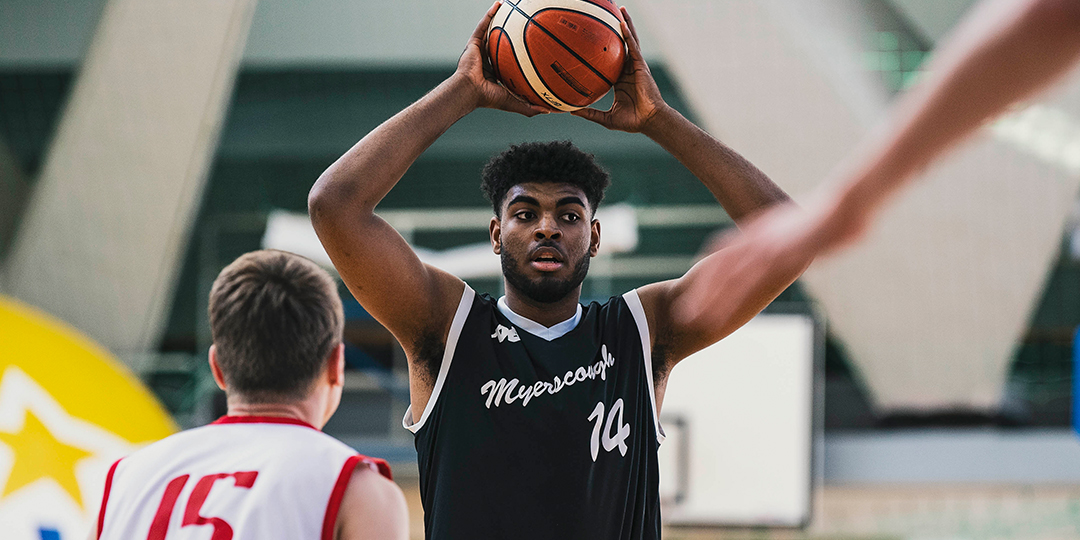 Mate Okros added 10 points and Lewis McGlasson and Amari Williams each had nine for Myerscough (8-3), which led from start to finish.

“The first game has always been our achilles heel — adjusting to the time difference and some first game nerves,” said Myerscough coach Neal Hopkins. “There’s a lot riding on this stage so it was good to shake off the nerves early.”

Myerscough broke open a two point game with a 13-4 run over a 4:10 stretch that forced Cracovia into a timeout at the 3:50 mark of the second quarter. Okros would break a 12-all tie before Sco hit four 3-pointers to take a commanding 23-12 lead.

Myerscough led by as many as 36 after halftime when Fajana collected his own miss and finished at the glass late in the fourth quarter.

“My mindset going into the game was to just win,” said Myerscough forward Fajana. “This game was no different to any that we’ve played before in this competition.

“This competition is so important — more than any other. It helps build a European name for Myerscough and it’s great to be part of that.”