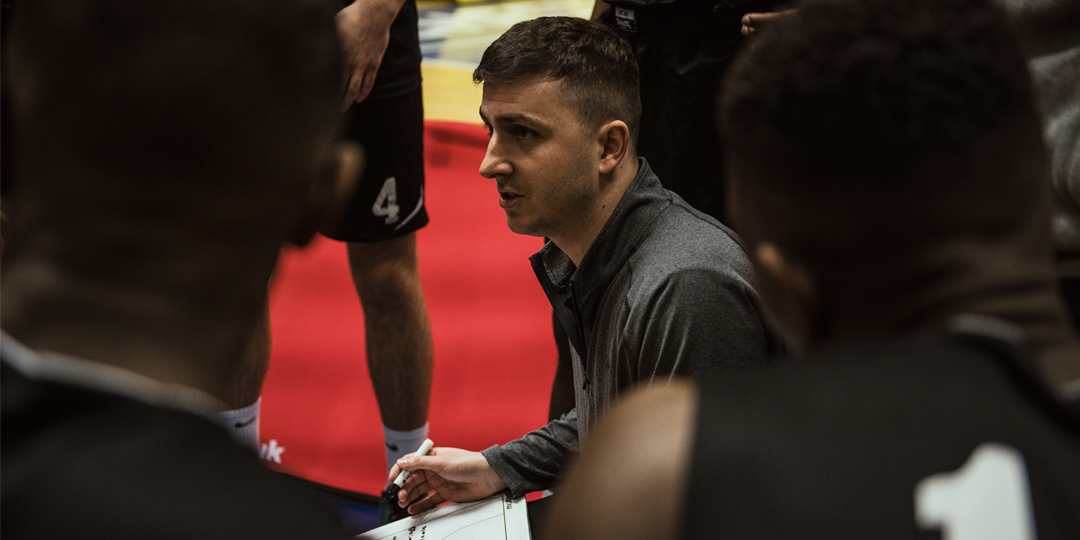 TALLINN – Sanmi Fajana finished with 17 points and 10 rebounds, but Myerscough fell 67-53 to unbeaten BC Helsinki ROCKS on Saturday afternoon.

Mate Okros added 14 points — 10 coming after halftime — for Myerscough (2-2 EYBL), which shot 42 percent, but converted just three of 14 attempts from range. The bench again stayed quiet scoring just four points for a second-straight game, a day after contributing 22 in a win over Västra Hisingen.

BC Helsinki broke open a three-point game with back-to-back 3-pointers with 2:50 to go in the third quarter to take a 41-32 lead. A 14-5 run, which spanned either side of the final two periods, then put the game out of reach for Myerscough.

Myerscough held its lone lead of the game of 10-6 in the first quarter before a 7-0 run pushed Helsinki in front for good.

Lauri Brederholm hit four of his five 3-pointers in the fourth quarter to lead Helsinki (4-0) with 15 points. Christian Ahokas, Juhani Jokio and Oskari Rantala all had 10 points apiece for ROCKS, who shot 46 percent and converted 12 threes.

Myerscough closes out Stage I of the EYBL season against BC Alvik Basket at 10 a.m. on Sunday. Follow updates on Myerscough Basketball on Facebook at www.facebook.com/myerscoughcollegebasketball and on Twitter @my_bball.

POST GAME QUOTES
MYERSCOUGH COACH NEAL HOPKINS
Opening statement …
“Let’s just say they were really good. I’ve seen quite a bit of European basketball and I was really impressed. It didn’t matter if we went big or small, they managed to find ways to score. The big adjustment we need to make is on a missed layup or shot, they run so hard off those misses that they put themselves in a good position to score. We’re not used to that pass and speed or level of execution. They played a really good team game and it was a good experience for us. We can’t come to these competitions and expect to get through based on physicality or speed. These teams have the speed and play with the right kind of physicality and they make it difficult for opponents. I’m really pragmatic after that one. I spoke to the guys after and said, ‘Look I haven’t seen a performance like what they put on the floor’. It was quite nice to watch, but unfortunately it was watching my guys get their tails whipped.”

On where the team is in the process …
“We’re a week and a half in, but we’re hanging with these teams. This is the reason why we’re here, we’re here to experience what basketball is like outside of Great Britain — we didn’t come in with the illusion that we would win every game. We had a great day yesterday and we rode that wave but this is the reality of European basketball and we have a long way to go.”

On performing well in a loss …
“Coming off a couple of bad games, it was nice to prove that this is how I can play. I played well, I think if I made a few more of my shots that would’ve boosted the team a bit more.”

On finding his role at Myerscough …
“It’s a great setup, we have a lot of talent and good competition to train against. We’re strong in all positions so I have to fight for my spot to start on this team.”

On the platform the EYBL provides …
“The EYBL is a very competitive league and I look forward to being able to improve my game by playing in it.”