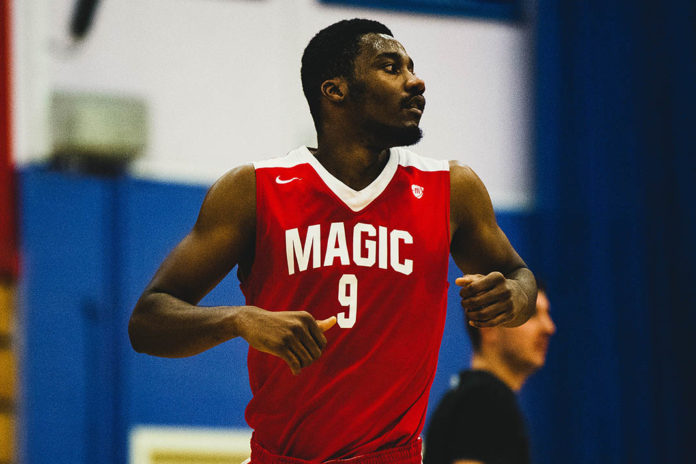 MANCHESTER – Andre Gayle is just 24 years old, but he’s been asked to step into a leadership role within a young Manchester Magic Division 2 team — an opportunity he has relished.

“I’m still learning,” Gayle began, “But coming through the system as a student-athlete, I know how hard it is to train five days a week as a junior and balance everything else that comes with it.”

The 6-foot-4 guard, who graduated from Myerscough in 2014, was EABL North Sea Conference Player of the Year and an All-First Team Selection alongside teammate Kyle Carey. He averaged 19.5 points, 6.9 rebounds and 3.5 assists during the 2013-14 season and helped guide the Academy to a spot in the Elite Eight.

Following his time at the Preston-based College, Gayle played for the Lancashire Spinners and Manchester Magic in Basketball England’s Divisions One and Two.

“Neal [Hopkins] is the coach that changed me into a man on court — He made think about what I was doing before I did it,” said Gayle, thinking back on his time at Myerscough. “I’m just trying to pass that on and help all these young guys get to where they want to be in basketball.”

Gayle is joined at the Magic by another Myerscough alum, Kyle Elly, who came through the programme and graduated in 2016.