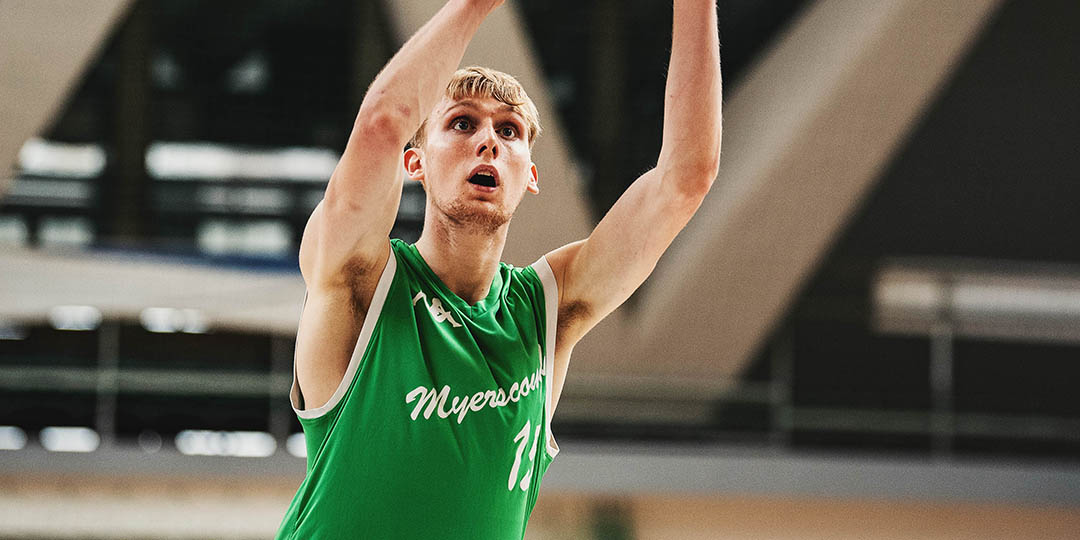 TALLINN, Estonia – Jamie Gray matched a season-high with 16 points to lead Myerscough past BC Zalgiris 67-59 to open the EYBL SuperFinal on Saturday morning.

Amari Williams added his second double-double of the season (12 points & 11 rebounds) and Mate Okros had 15 points for Myerscough, which shot 45.6 percent from the field.

Myerscough (12-4, 1-0) dominated inside by hitting nearly 50 percent of its 2-point attempts, outscoring Zalgiris 44-18 in the paint and 12-5 off second chance points. Sco took just 10 threes — their second fewest since taking eight against Tallinn Kalev.

“I think what made us so dominant was the bigs working together and understanding what the other was doing,” said Myerscough forward Gray. “We came out strong, which we needed to, and did the simple things that add up in the end.”

Myerscough, which never trailed, took the lead on the opening possession and shot 57.7 percent to build a 36-28 advantage at halftime. A quick 4-0 run to start the third quarter extend the advantage to its largest of 12.

Zalgiris twice got within one in fourth quarter but Okros had an answer each time. Myerscough then scored the final five points of the game, capped off by a Sam Keita dunk in the closing seconds.

“The whole aim was to make it scrappy and chase those second efforts,” said Myercough coach Neal Hopkins. “Zalgiris is a game we get excited for. They play such a great offence that you have to stay focused and we like to step up to the occasion.”