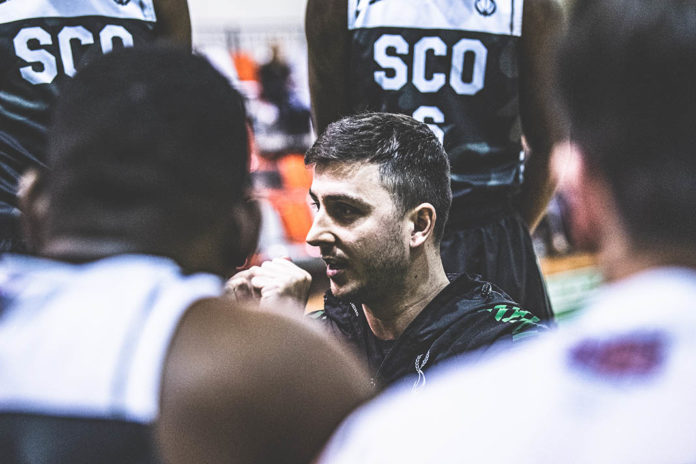 Hopkins led Myerscough to its fifth regular season conference title and first since 2017-18. He guided Sco to a 14-0 record in league play, which is the second unbeaten regular season in team history.

“It’s nice to have that recognition, but it’s something I dedicate to the programme and all the players because they’re the ones who are producing the results on the floor,” he said. “We’ve really asserted ourselves in the EABL. We’ve given 22 different players this season an opportunity to get experience and be part of what we’ve built this year.”

It is the fourth time Hopkins has received the award with the first coming in 2014-15 when Myerscough won both the regular season and playoff championships — the Academy’s lone EABL Championship.

Hopkins led the top-ranked offence and defence in the conference, which scored 91.7 points per game and only allowed 60.8 against. Myerscough had five players averaging double figures scoring and forced opponents into 20-plus turnovers.

“We’ve really asserted ourselves in the EABL. We’ve given  22 different players this season an opportunity to get experience and be part of what we’ve built this year,” said Hopkins.

“There’s a large number within this group that have a future in the game at a high level. That’s the biggest takeaway from an award like this. We recognise Myerscough is just one step along the road and we want people to progress from here and that’s my role as a coach — to develop these guys because this group has so much potential. As a programme, we’ve enabled them to be successful and flourish and that’s the holy grail as a coach.”

Hopkins has amassed a 81-10 regular season league record in five seasons, and is 66-12 including the playoffs as head coach at Myerscough. He’s made the playoffs in each season and has reached the final on four occasions, including this year.

Hopkins will look for his second EABL Championship when Myerscough plays No. 1 seed Barking Abbey on Wednesday, March 18 at Essex Arena. No. 1 seed Myerscough defeated Canterbury Academy and John Madejski Academy to reach the final.