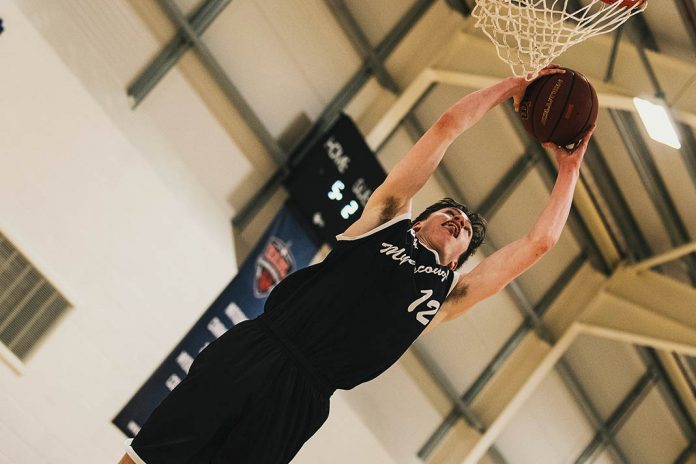 “I don’t often look back to appreciate things, but being selected for the All-Star Five really made me stop and take a moment to be proud of how far I have come,” said Irvine. “It shows me that I can compete at this level and contribute to this team.”

Irvine’s 4.6 points per contest ranked seventh on Myerscough, but the 6-foot-4 guard impacted the game on the defensive end filling a void left behind by the outgoing Rayon Brown. He was a plus-28 for Myerscough when on court.

“I’m really pleased with the development Mikey has made over the last 12 months,” said Myerscough head coach Neal Hopkins. “He’s epitomised what we try and do [at Myerscough] in terms of developing a person on and off the court and he’s utilised basketball as a driving force. He’s become extremely reliable and hardworking. I think it was a massive moment for Mikey to pick up an All-Star Five place.”

Irvine, who had a personal-best nine points against BC Helsinki and started the final two games, initially cast doubt on his career when deciding to leave Paisley, Scotland for Myerscough. But over a year later, he’s helped the Academy capture an U18 Premier North regular season crown, an U18 National Championship and an U19 English Schools title.

His choice has since been validated with his first selection to the All-Star Five.

“I felt that I couldn’t live up to the standard of basketball that was expected,” said Irvine. “But I trusted the advice given to me by Troy [Culley] and Neal [Hopkins], who said I would adapt and grow. After a year, I feel like my friends and teammates are family and that Myerscough is my home.”

Myerscough, meanwhile, finished Stage I in second place with a 4-1 record behind Keila BS, which was the only blemish.