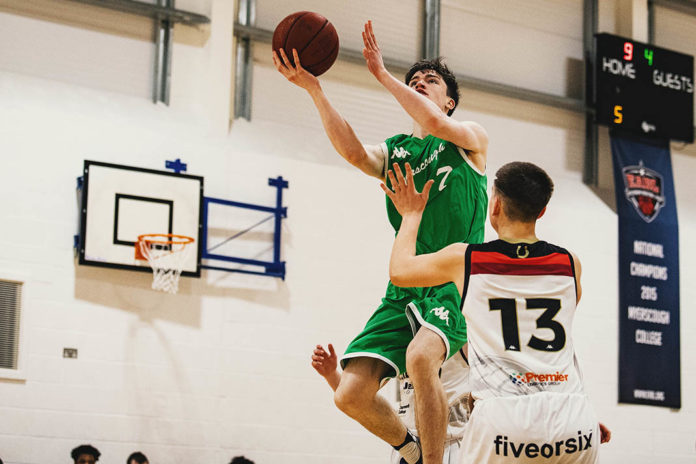 Myerscough improved to 2-0 on the Division 2 regular season behind five players in doubles, led by Irvine. Franklin Agu had 15 points, Bradley Kaboza hit a trio of threes on his way to 14, Lewis McGlasson added 13 and Martell Elly chipped in 10.

Irvine, who scored 15 points after halftime, capped off a 9-0 Myerscough run to close the opening half with a buzzer beating 3-pointer to extend the lead to 44-26. Agu sparked the burst, which stretched two minutes, with a 3-point play.

Ashley Ugo had a game-high 28 points to lead the Spartans (0-2). Ronald Oberia finished with 19 and Jordan Santiago had 12.

Myerscough held an 81-58 fourth-quarter advantage before Derbyshire used an 11-0 run cutting the gap to 12 points with under three minutes remaining. But Sco then outscored the Spartans 9-4 to seal the victory.

It was the first meeting between the two teams, who combined for 18 3-pointers. Myerscough hit 11, with seven coming in the first half.