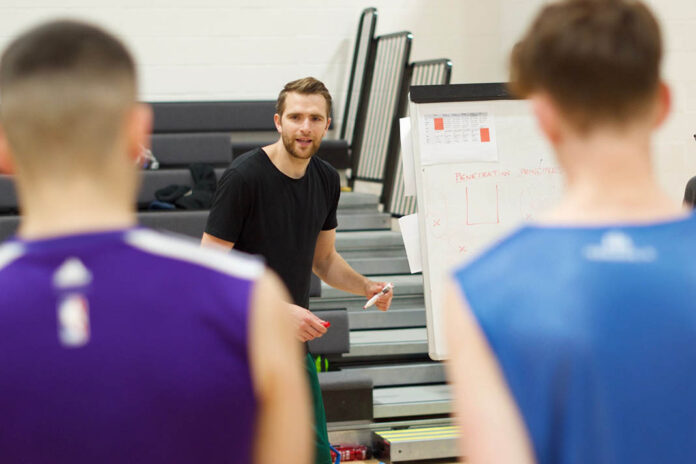 “It is an absolute pleasure to have James back with us,” said Myerscough Basketball head coach Neal Hopkins. “James is someone who is very familiar with how we operate. Not only was he here at the beginning, but he has taken an active interest in our growth and he is someone who I speak with often.

“James not only has extensive experience within the professional game, but he has coached at a very high level and truly has a fantastic basketball mind and compliments who we are as a programme and he will certainly bring fresh ideas that will only help in carrying us forward.”

Jones, who was part of the Myerscough Basketball staff during its inaugural season in 2013-14, has had an accomplished BBL career that included stops with the Guildford Heat, Mersey Tigers and Plymouth Raiders as well as two stints with the Manchester Giants. He was voted winner of the Pete Jacques Award as best British player in the league back in 2014.

“It’s been fantastic to see the programme develop into one of the leading basketball academies in Europe,” said Jones. “The timing was right to come back as I look to build on the coaching experience I gained in Canada while also having the opportunity to teach and mentor the student athletes in the classroom.”

The 36-year-old completed his Masters degree at the University of Alberta, serving as an assistant coach on the Golden Bears Basketball coaching staff and as a professor in the Physical Education department where he taught basketball classes.

Jones has also given back to the British basketball community by being a guest coach at the Myerscough Basketball Summer Performance Camps.

“I hope to bring a high-level of experience and knowledge from my time playing and coaching both in the United Kingdom and in North America. Having been exposed to a wide range of coaching and teaching styles, I feel my style is well suited to not only player development but also development of the overall person,” said Jones. “I’m really excited to get to work and be part of the Myerscough family again.”