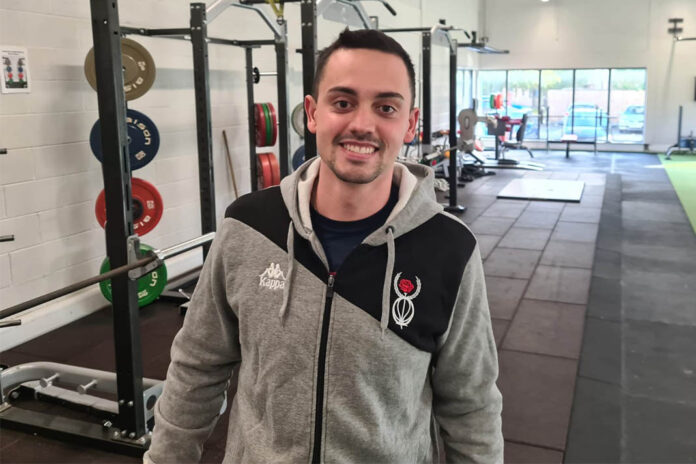 “It is great to add someone of Joe’s calibre to the programme,” said Myerscough head coach Neal Hopkins. “He compliments us perfectly and brings a level of expertise that can’t be overlooked – Joe will certainly have an extended role within the programme and we are very excited to have him on-board.”

Prior to Myerscough, Gurley served as the head strength and conditioning coach at D1 SPORTS TRAINING in Birmingham, Alabama in the United States, following a successful run as head strength coach for the UAB women’s basketball team and an assistant with the men’s programme. He was part two Conference USA (NCAA Division I) regular season championships – the men’s in 2016 and women’s 2018. Both teams set records for wins.

“What really excites me about this new opportunity at Myerscough is knowing the lasting impact I can have with this age group,” said Gurley. “It’s really a golden age because knowing what I know having worked in college basketball settings and what I can teach these kids will ultimately prepare them to be more than ready to head over to the States to play if that’s what they desire.”

The 26-year-old has gained experience under a strong pedigree of strength coaches, including interning for his mentor Adam Petway at the University of Arknsas. Petway is now the head of athletic performance for the NBA’s Washington Wizards. While at UAB, Gurley worked for Cory Schlesinger, who works with the Phoenix Suns.

“I’m a blend of intense and a very players’ coach because I do believe when the boys step inside those four walls to train it’s time to be very serious about what they’re about to do because they weight room doesn’t judge anyone’s character, it doesn’t just anyone’s abilities but it certainly judges how hard you’re willing to work,” said Gurley. “I want the players to understand that I’m there to help develop them and it’s not for my own benefit.”

During his time with the Blazers, Gurley worked closely with current British Basketball League players William Lee (Leicester Riders) and Dirk Williams (London Lions/Sheffield Sharks). Lee saw action with the Iowa Wolves of the NBA G-League in 2018-19 before heading oversees.

“The most important thing I want from these guys is that they come in and give 100-percent effort – and that’s with everything they do, regardless if they continue their sporting or coaching endeavor after leaving, because that work ethic can be applied in all areas of life,” said Gurley. “Every player should be able to step in the building and know that they’re going to have to work extremely hard.”

Gurley, who got his start as an intern at Samford University, is a graduate of UAB where he gained a bachelor’s degree in Exercise Science in 2016. He completed his master’s degree in Strength and Conditioning from Edith Cowan University (Joondalup, Australia) in 2019.