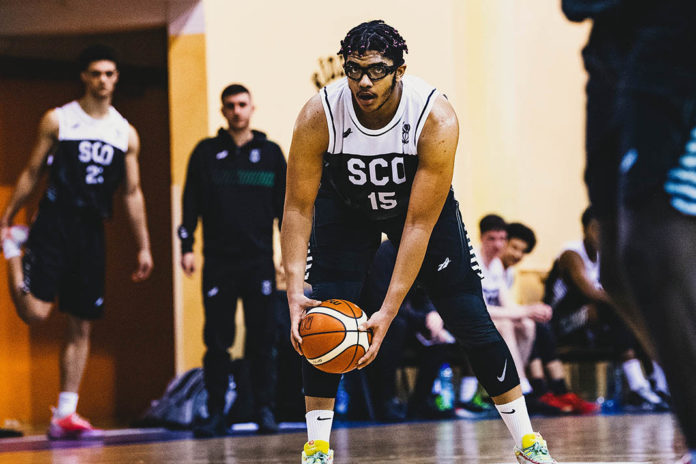 PRESTON — Myerscough Basketball Academy and head coach Neal Hopkins readies to take an 11-man roster to Stage III of the European Youth Basketball League (EYBL), with a shot at a return to the SuperFinal on the line.

Myerscough retains nine players that have featured in all 10 games during the 2019-20 season, headlined by the team’s leading scorer Bradley Kaboza. Sam Chigbo, meanwhile, has seen action in eight games and Shaydon Eytle got his first first taste of European competition at Stage II in December.

Kaboza continued his consistency in Europe and was voted Stage II’s Most Valuable Player after reaching double figures in three out of five games. The 6-foot-2 guard made his impact felt at both ends of the floor averaging 2.2 steals and 2.0 assists per contest. His 18 total steals ranks tied for third overall.

Franklin Agu had a breakout stage in Riga where he posted 12.4 points on 55.3 percent shooting — he entered averaging just 6.4 ppg. Agu matched his season high (15 points) in the opening game before setting best that in the stage-clinching win over London Elite, scoring 16 points on 7-of-10 shooting. The 6-foot-6 forward currently ranks ninth in the league in rebounding at 6.5 per game.

Recent Drexel Men’s Basketball verbal commit Amari Williams, who averaged 8.6 points in Riga, is coming off statistically the best phase of his EYBL career. Williams totalled 43 points, eight rebounds and eight assists and he went 7-of-10 shooting from 3-point range — all the most at any one phase. The 6-foot-11 forward currently ranks second league wide with 1.8 blocks per game.

McGlasson was rewarded for his performance across the stage where he scored above his average with 8.6 points per contest and set a career best 43 total points across the five games. The 6-foot-4 guard has hit multiple 3-pointers in seven games in his EYBL career, including in three straight to close December’s event.

Fajana has been steady off the bench for Myerscough adding 6.7 points and 4.1 rebounds. His 226 career points trails just Mate Okros (258) to become Myerscough’s all-time leading scorer in the competition.

Myerscough opens up Stage III of the EYBL schedule on Feb. 28 against SPB University at 9 a.m. local time (7 a.m. GMT).