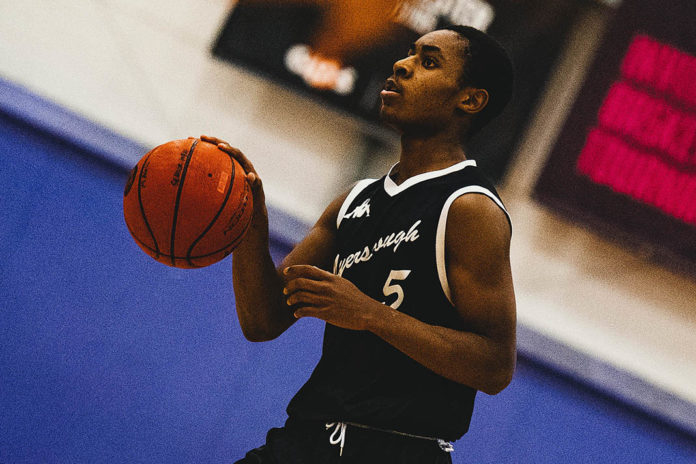 PRESTON – Myerscough Basketball Academy and head coach Neal Hopkins has finalised its 13-man roster that will travel to Latvia for Stage II of the European Youth Basketball League (EYBL).

Myerscough retains 10 players to feature in all five games during the course of Stage I in Riga, including the team’s leading scorer Bradley Kaboza, and has added three newcomers set to potentially make their EYBL debuts.

Kaboza ranks eighth in the league in scoring at 12.8 points per game on 47.9 percent shooting (23-of-48) from the floor. The 6-foot-2 guard, who hit 7-of-17 attempts from 3-point range, reached double figures in four-straight games at Stage I and posted a career-high 20 points against BA Tallinn Kalev.

Small forward Franklin Agu is the team’s leading rebounder with 7.4 boards per game — 3.6 coming at the offensive end — to go with 6.2 points. Agu is one of five players on Myerscough currently averaging over three rebounds.

Amari Williams is tied for second on Myerscough in scoring at 8.2 points on 54.8 percent shooting, all while pulling in an even five rebounds. The 6-foot-11 forward was one of three players — Agu and Kaboza — to start all five games.

Other returners include guards Mikey Irvine, who was named to the EYBL All-Star Five following Stage I,  Sam Akano, Martell Elly, Great Osobor and Lewis McGlasson. Myerscough’s options off the bench in the front court are Sanmi Fajana and Sam Chigbo.

Fajana is chipping in 8.2 points and 4.0 rebounds off the bench for Myerscough. The second-year forward posted season-highs of 18 points and seven boards in the win over Tallinn Kalev.

Myerscough opens up Stage II of the EYBL schedule next Friday against Sandvika BBK at 11:40 a.m. local time.