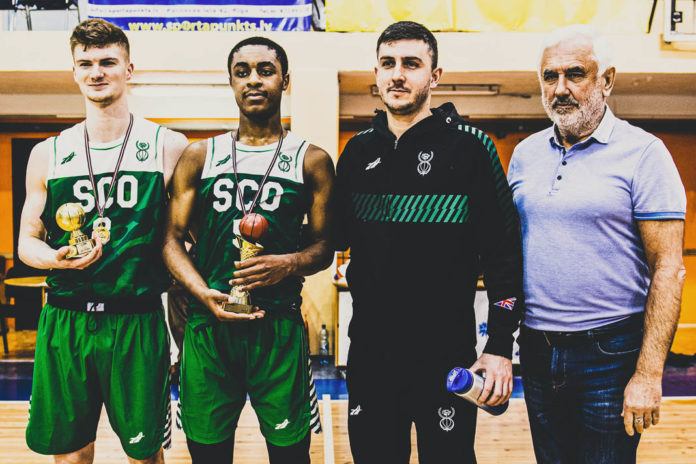 Kaboza, who is the first player from Myerscough to be named MVP at a Stage, averaged 9.0 points, 3.8 rebounds, 2.2 assists and 2.0 steals in five games at Stage II. The 6-foot-2, 79-kilogram native of London reached double figures three times and shot 55.9 percent from the field.

“The Academy is growing and making a name for itself. You have to recognise winning and that’s what we’re doing in this league. We know respect is earned, not given, and we’re hungry,” said Kaboza. He currently leads the team in scoring with 10.9 points this season. “Neal [Hopkins] has always said this is a process, which reminded me of my journey up to this point and all I can do is be thankful to my family here at Myerscough.”

Hopkins, meanwhile, earned his first individual honour in the competition as Coach of the Tournament. He has guided Myerscough to a 9-1 record overall through two stages in his second season in the EYBL, including a perfect 5-0 mark and the Academy’s first-ever first-place finish last week in Riga.

“We’ve really worked at our style and how we want to play in Europe and how we’re going to be successful in Europe,” said Hopkins. “I’ve learnt more in the last 12 to 16 months than I have in a long, long time so it has been a breath of fresh air. I’m not one for personal accolades for myself — The effort was from the boys and they ultimately have to deliver what we’re trying to preach and they’ve made me look good.”

“It just shows the hard work I put in everyday is paying off and how I’ve developed through each EYBL stage,” said McGlasson. “I was mostly just happy to be 5-0 and win the stage for the first time ever — the All-Star Five was just an added bonus.”

Myerscough returns to Latvia in February for Stage III with an eye on reaching a second consecutive SuperFinal.