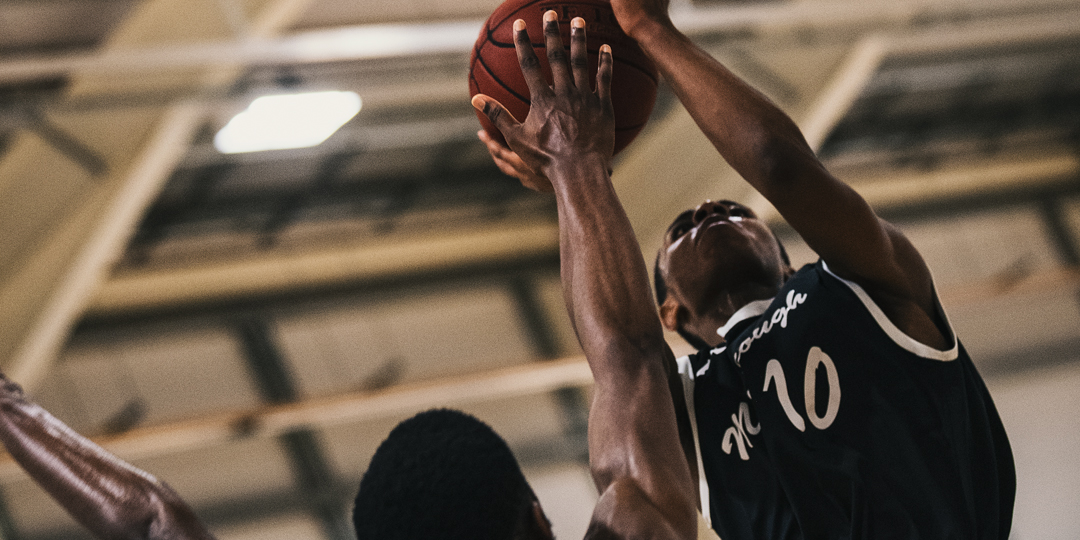 Myerscough, the No. 2 seed, advances to face No. 1 seed Barking Abbey in a semifinal-round game. It’s a rematch of last season’s EABL Final, won by Barking.

“I was just trying to stay aggressive,” said Myerscough guard Kaboza. “I’m an energetic guy and I wanted to do the things for my team that would help us win — getting assists, playing defence and scoring.”

Myerscough led 29-16 at the 7:41 mark of the second quarter before JMA used an 11-3 run to climb within five. Sam Grant would hit a 3-pointer late in the half to cut it to a three-point game, but Okros sparked a 7-0 burst to restore Sco’s double-digit advantage.

Kaboza, who had 15 of his points after the break, converted a tough 3-point play and then scored nine straight points to end the third quarter to help build a 69-56 cushion for Myerscough. The gap widened to 20-plus with 6:03 remaining where it remained.

“We lacked a little bit of concentration in spells defensively and it took a big effort to put the runs together, but when we were able to dig in at that end of the floor we looked like a very good team,” said Myerscough coach Neal Hopkins. “JMA had some bursts, but we ultimately did a good job at containing them.”

Grant had a game-high 19 for the Rockets. Arinze Emeka-Anyakwo scored 15 and David Chive added 12.