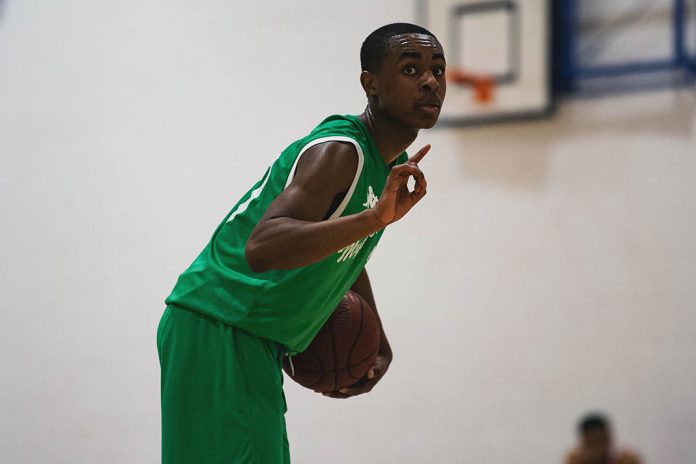 “I’ve been working all summer for opportunities like this,” said Kaboza. The second-year guard tallied 17 of his points after halftime, including opening the third quarter with back-to-back 3-pointers to pull Myerscough within 30-29. Mikey Irvine then gave Sco the lead with a driving layup amid an 11-0 run, which was the largest for either team.

Fajana, who has begun both games on the bench after making 14 starts last season, converted a 3-point play to help Myerscough build a 39-31 third-quarter advantage. The lead would swell to 14 in the fourth quarter and never dipped below double-digits.

Myerscough dominated inside, outscoring Kalev 32-16 in the paint and 15-9 on second chance points, and the bench stepped up again providing 24 points. Sco made 18-of-39 attempts inside the arc and shot 40.4 percent for the game.

“It’s nice to get a win over the defending champions and against a team that is much older than us,” said Myerscough head coach Neal Hopkins. “It’s one of those games that will really help these guys mature.”

Daniel Beilinson led Tallinn with 12 points in the loss on just 4-of-12 shooting. Kalev, who held a 13-point advantage in the first half, only hit 31.4 percent of their shots.