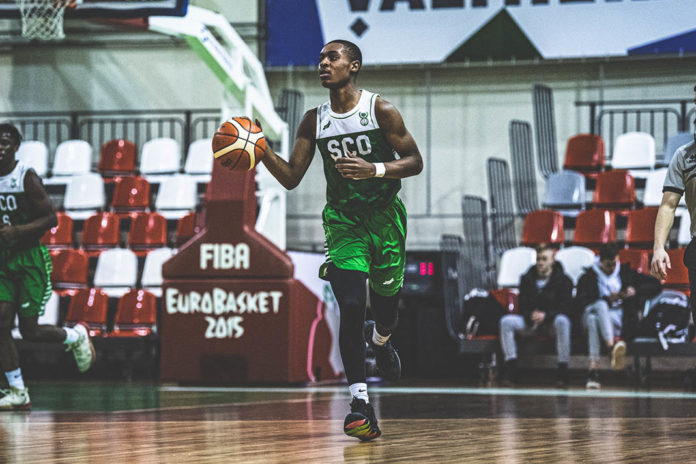 Toms Sefers‘ layup put Valmiera up 67-61 with 5:21 left before Kaboza knocked down a 3-pointer and Myerscough outscored its opponent 16-6 the rest of the way. Amari Williams capped off an 8-2 stretch with a dunk that tied the game at 69-all.

Kaboza then broke a 71-all deadlock with a layup in transition to force a timeout with 48.7 seconds left. Williams would make two foul shots giving Myerscough a 75-71 lead before Franklin Agu found Great Osobor on a full-court lob that put Sco ahead by five.

Agu posted double-figures scoring and at least nine rebounds for a second straight game, finishing with 12 points. Williams chipped in eight to go with nine rebounds and five assists.

Myerscough extended its EYBL winning streak to its largest at nine-straight games, dating back to Sept. 21 and starting against TTÜ at Stage I.

Valmiera, which cooled off from beyond the arc after starting 9-of-18, went 1-of-9 from the field down the stretch and hit 43 percent of its shots on the game.

Raimonds Stasans led Valmiera with 22 points on 8-of-14 shooting. Sefers added 12 and Kristofers Septe had 10.