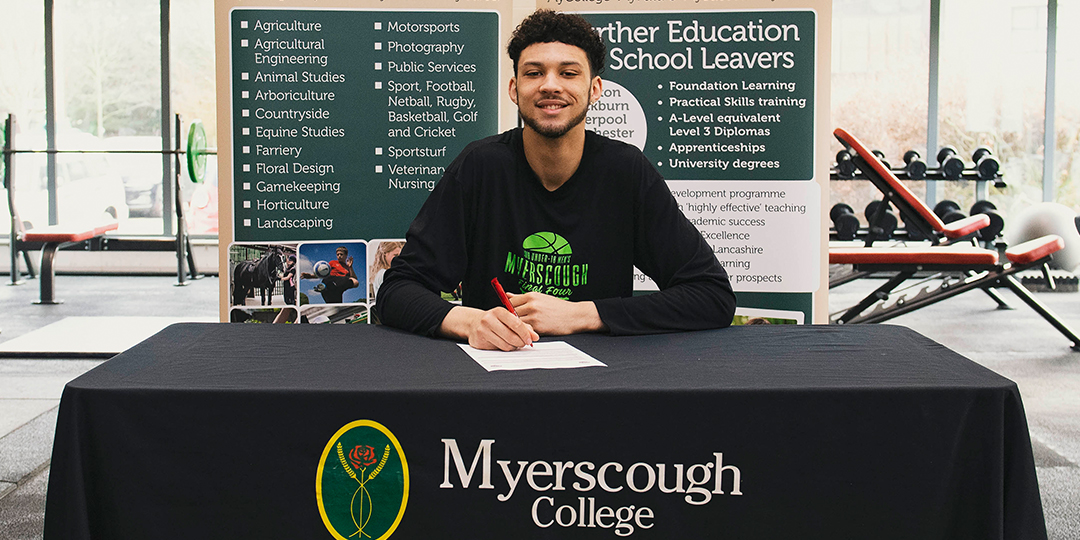 “It took a lot help and a lot of different people to get me here and I’m grateful for every opportunity I’ve received,” said Keita. “Myerscough is such a great platform to prepare to make the move to America because the training is always difficult and the coaching staff has high expectations.”

The 6-foot-10 forward from London, who attended the City of London Academy before heading to the Preston-based college in September 2018, has featured for Myerscough in the European Youth Basketball League (EYBL), Basketball England’s Division Two and the Elite Academy Basketball League (EABL) this season.

Keita has seen action in 13 games during the European Youth Basketball League season where he’s ranks third on Myerscough in rebounding at 5.3 per contest, including 2.1 at the offensive end. He has also averaged 4.2 points.

Regal to States??. Just want to say a warm and huge thank you to everyone that was involved with my recruitment. Also want to thank every coach and player who have pushed me to be the player I am today. Thank you to the coaches @My_bball and @CoLABasketball! @CasperMBB im comin? https://t.co/UCHm6uQE8L

Casper, meanwhile, has had a banner season, collecting both the Region IV regular season and tournament titles to advance to the National Championship for the first time in 23 years. The 2018-19 Thunderbirds roster is highlighted by Myerscough alumni Zion Tordoff.

“I like the family environment at Myerscough and I feel I’ll get that same experience and sense of community at Casper,” said Keita. “I have a lot of trust in Dan [Russell] and I’m excited to get to work.”