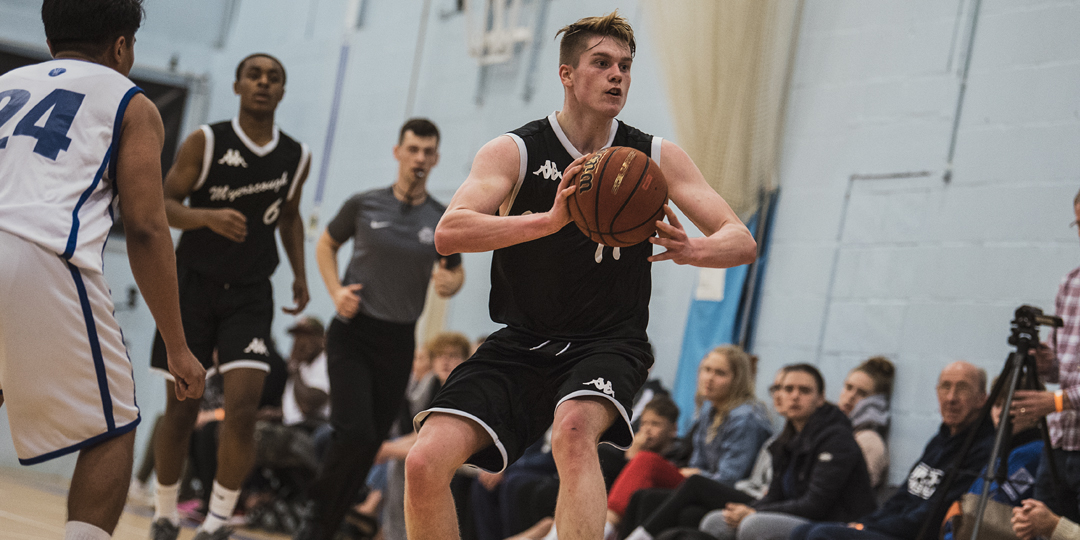 IPSWICH – Callan Low hit six 3-pointers on his way to a team-high 26 points and Mate Okros added 24, and Myerscough rebounded to beat Ipswich 98-87 on Saturday.

Two days after committing to scholarships in the United States, roommates Low and Okros combined for 50 points, including nine 3-pointers, and total 14 rebounds, eight assists and seven steals for Myerscough.

Myerscough, responding to an eight-point home defeat to Ipswich six days ago, made an inauspicious start to the game that included turnovers on the opening three possession, but it then hit 4-of-6 shots to take a 14-0 lead while the hosts didn’t score until the 6:14 mark.

Sco, however, saw first-half leads of 15 and 12 evaporate and a 21-5 stretch from Ipswich vaulted them ahead 38-34 late in the second quarter until Sanmi Fajana sparked a 7-0 burst to give Sco a seven-point advantage at the break.

A 49-42 Myerscough halftime lead grew to 12 as Bradley Kaboza and Low, who hit his fourth triple, combined to start the third on a high. But that was short-lived when a 13-0 Ipswich run pushed the hosts ahead 55-54 just three minutes into the quarter.

Myersough again managed to build a double-digit lead, with Low and Okros combining for 12 points, only to see it cut to three at the 2:03 mark of the third. Sco then outscored Ipswich 10-2 over a four-minute stretch to take a 80-69 advantage and the hosts never got closer than eight.

Fajana jump-started a 12-3 flurry with a slam dunk, which he also capped off with a 3-pointer, and Myerscough took its largest lead at 17 with 4:32 remaining.

Colin Dockrell scored 30 points on 11-of-22 shooting to lead Ipswich, which shot 49.3 percent. Veron Eze added 19 and Ethan Price had 14 to go with eight rebounds, but fouled out in the last minute of the third quarter.

Both teams took full advantage of their opponent’s turnovers with Myerscough converting 21 into 24 points while Ipswich had 22 off 18 Sco miscues. Sco added 16 second chance points from 20 offensive rebounds and their bench provided a massive contribution, outscoring the hosts 35-8, led by David Walsh and Sanmi Faja who each had 11.