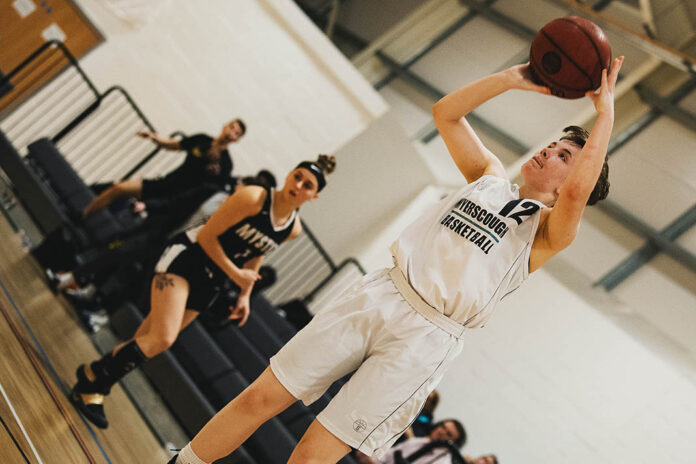 PRESTON – Myerscough alumni Jess McGrath announced Friday that she will be attending Clarendon College (JUCO/Texas) for her sophomore year.

“Transferring to Clarendon is a great new challenge for me,” said McGrath. “As a sophomore, I’ll be expected to be a leader and contribute to the team. This means that I’ll be able to push myself and be the best version of myself on and off the floor. I’m very excited to start a new chapter.”

McGrath is coming off a freshman season where she averaged 5.6 minutes in 15 games for Cowley College. The 5-foot-8 guard and native of Widnes, England chipped in 2.8 points on 35 percent shooting, including 38.9 percent from 3-point range.

Prior to heading to the United States, McGrath spent two years at Myerscough College where she played in Basketball England’s Division One and Two, as well as in the Women’s Elite Academy Basketball League (WEABL).

Clarendon, which is based nearly five hours northwest of Dallas in the Texas panhandle, had a 13-17 record overall during the 2019-20 season under head coach Mark James. The Bulldogs play in NJCAA Region V.

“Clarendon really stood out to me for a few major reasons,” said McGrath. “Coach James really gave me confidence that it would be a great place for me to excel on the floor – I also believe that I’ll be able to come in and contribute and add to the team. Another big thing for me was the academics, as I have already started my associates degree and I’ll continue working towards that, with the goal of moving on to a four-year school.”

McGrath, who left Myerscough with a Basketball Studies qualification, is currently majoring in athletic training.