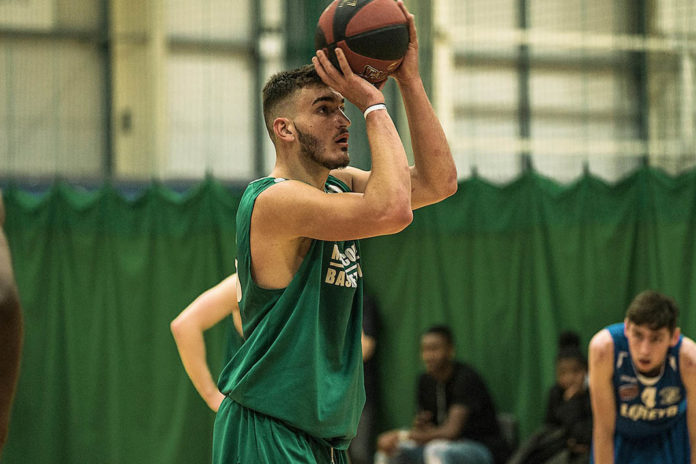 Del Cadia, who is currently in his sophomore year at Central Florida (JUCO), had Colorado State and North Texas among his top choices.

“I’ve dreamed about this since I was young — it’s a big accomplishment in my life,” said Del Cadia. “I had a lot of interest, but nobody showed me that on a level that T.J. [Otzelberger] did and UNLV has such an amazing history that I want to be a part of.”

Del Cadia is the eighth member of the Rebels’ 2020 recruiting class, which includes two four-star recruits according to ESPN Recruiting, and the second commitment from a junior college.

The 6-foot-7 forward has averaged 13.6 points on 48.6 percent shooting and 9.4 rebounds at Central Florida, earning All-Region VIII and All-Conference accolades in 2019-20. His breakout season led to nationwide interest from over 20-plus Division I programmes.

But the passion and history UNLV provided stood out for the Senigallia, Italy native. Voted in 2008 by ESPNU as the eighth most prestigious collegiate programme in the nation since 1984, the Rebels have won 12 regular season conference titles and 11 conference tournament titles and made the NCAA Tournament 20 times, including nine straight from 1983-91 and six-straight from 2007-13.

UNLV has made the Sweet 16 10 times, the Elite 8 five and the Final Four four times and won its lone National Championship in 1990 under Naismith Memorial Basketball Hall of Fame member Jerry Tarkanian.

The Rebels have had over 50 players drafted to the National Basketball Association (NBA), including the 1991 No. 1 overall draft pick Larry Johnson. Johnson became the league’s Rookie of the Year in 1992 and was a two-time NBA All-Star.

“There is a weight that comes with playing for such a big programme,” said Del Cadia. “Not everybody has the chance to go to a big time Division I school, but I have worked hard to make it possible and I cannot wait to be on that court.”

Otzelberger, meanwhile, is in his first year as head coach at UNLV. Before moving to Vegas, the 42-year-old spent three seasons at South Dakota State where he amassed a 70-33 record overall, led the Jackrabbits to three straight postseason appearances, including two NCAA Tournament appearances, clinched the outright regular season Summit League title twice and earned the league’s Coach of the Year honours.

UNLV competes in the Mountain West Conference, which includes the current No. 5 ranked team in the nation San Diego State University.