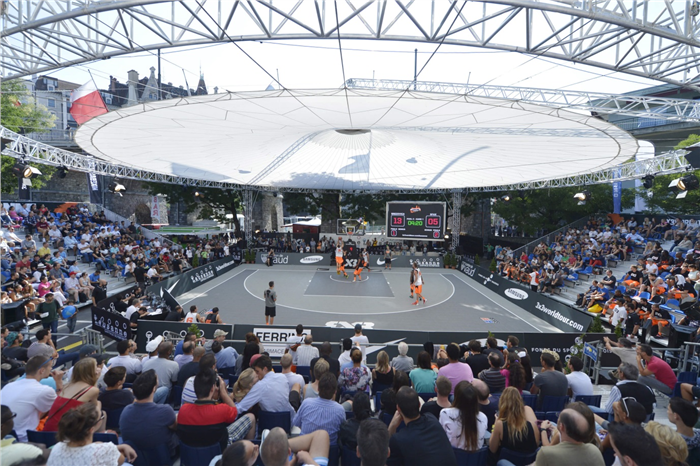 The prestigious event, which is being held in Tallinn, Estonia, at the end of June, will see a quartet of Myerscough’s AASE (Advanced Apprentice in Sporting Excellence) students taking part in the games. They’ll be competing alongside nations such as China, Australia, Germany, and Canada.

Myerscough College’s Head of Basketball, Neal Hopkins, said: ‘’This is a huge opportunity for some of our students and will provide them with an experience that will last a lifetime.

‘’It’s not every day you get to compete on a world stage against some of the best talent from other countries. It’s going to be an unbelievable trip and marks a real high point for the players, staff and the college – to be given the chance to represent England at an international event is something we are incredibly proud of.’’

Considered to be the number one urban team sport in the world, 3 on 3 basketball is a simplified version of its 5 on 5 big brother, with FIBA using spectacular settings and iconic landmarks as backdrops for games. The global growth of 3×3 basketball has been huge, with Estonia next up in hosting a showcase event.

The World Championships is the largest tournament of its kind, played every two years since its creation in 2012. The current champions are Serbia. Unlike regular basketball, matches are played on a half court with one basket instead of two. The game is a single period of 10 minutes with the winner being the first team to score 21 or the team with the highest score at the end of the game.

The squad will fly out on the June 16th and have a day of sightseeing before the tournament starts. You can keep up to date with Myerscough’s progress by following ‘Myerscough Basketball Academy’ on Twitter or Facebook.

The selection of Myerscough College to represent England marks another highly successful season for the Academy, who enjoyed a perfect regular season in their EABL conference, as well as reaching the national EABL Championship final and the final of the AoC Sport National Cup.