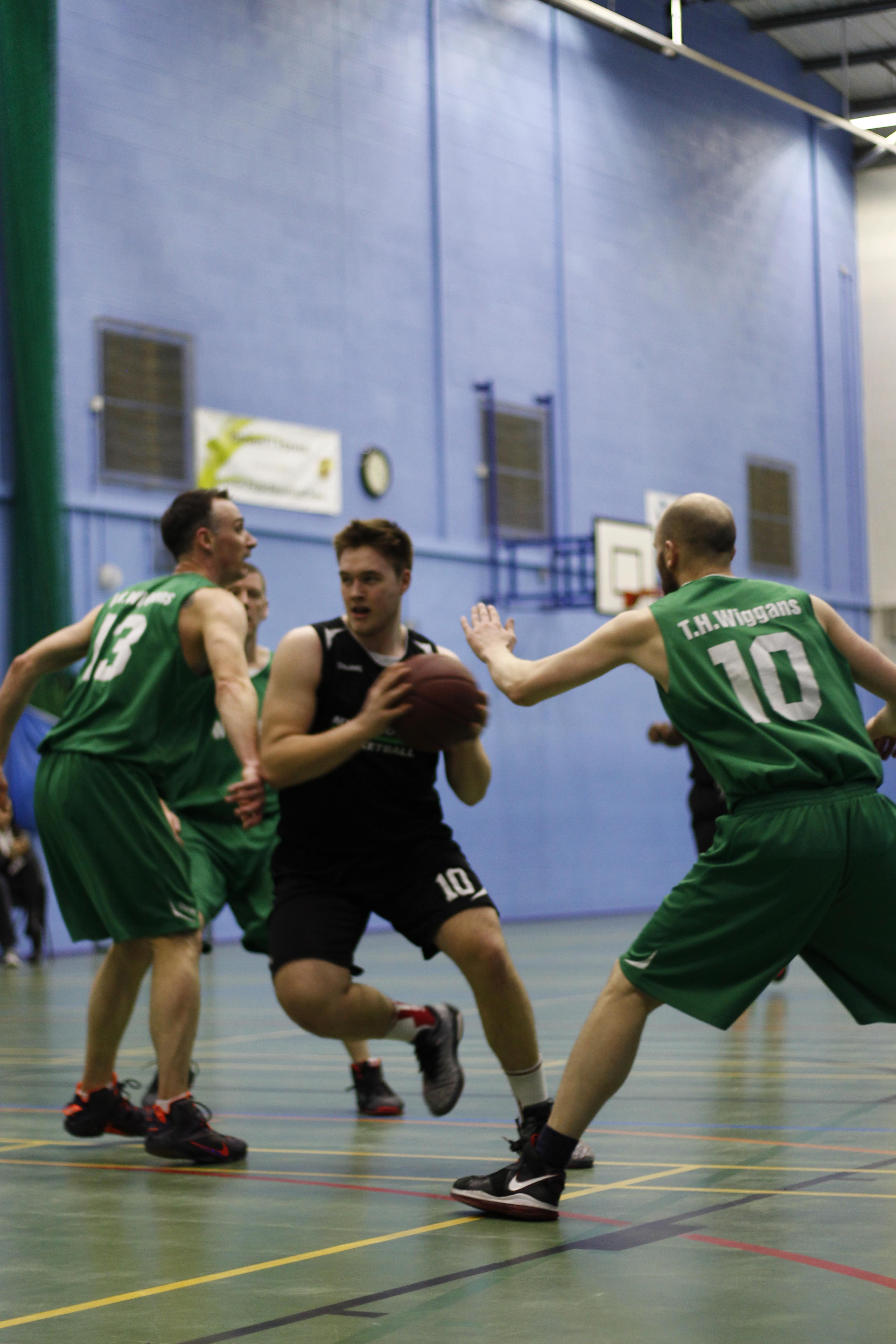 Following promotion to Division 3, Myerscough started their league campaign with a trip to Mansfield on Saturday to take on the Giants.

Almost by ritual, Mosi Tyrell sparked Myerscough’s offence by scoring the first 3 points of the game. Knowing that Mansfield have talented guards the visitors focused their energy playing team defence, earning some deflections that led to fast break points. Kyle Elly played furiously on both ends of the court, being a complete defensive demon as well as carving up the opposition and facilitating his team mate on the offensive end. Myerscough ended the first half up 50-34.

Mansfield mounted a comeback orchestrated by Calvin Morant-Hudson, the home side came within 8 before Myerscough sprung back into action. Nils Ozolins managed to draw two pivotal offensive fouls for Myerscough followed by the some quick points by Raheem Idris and Kieran Henry Fellows. Myerscough Managed to compose themselves and finish the game with a 95-72 victory.

Kyle Elly commented after the game, “I feel the team is coming together nicely and we are starting to show our personality on the court and today’s game is a small demonstration of our ability and there’s a lot more to come”.

Myerscough are back in action next Sunday (11th) V Newcastle Under Lyme 4:00pm at SANAC