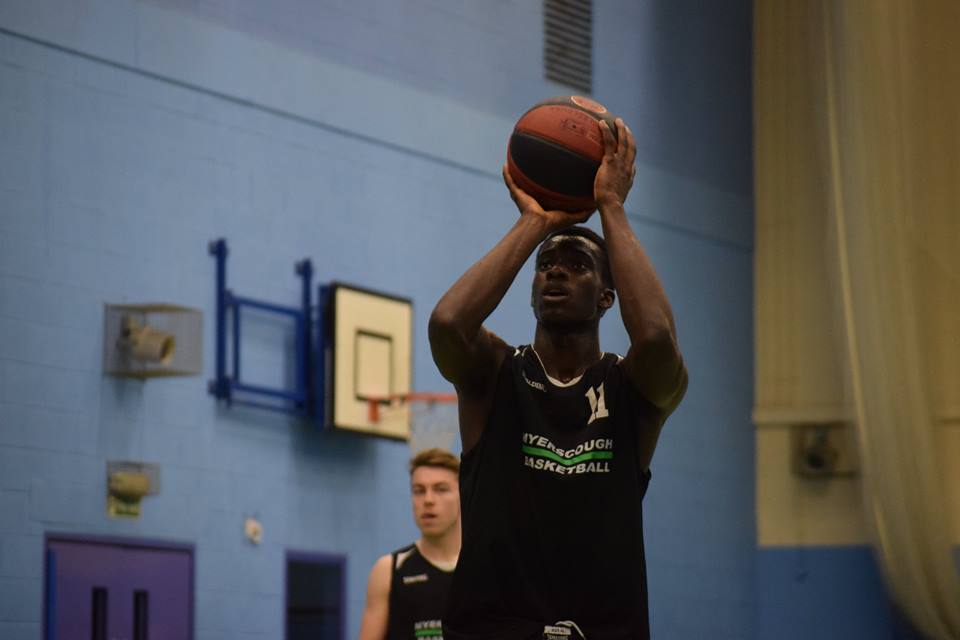 Myerscough secured their second win in as many games in Division 3 as they overcame a battling performance from Newcastle Under Lyme Knights to walk away with a 74 – 73 victory.

With the scores tied at 73, quick thinking from Myerscough’s Kyle Elly resulted in the Knights fouling on the buzzer and with the victory in his hands, Elly made his second free throw count to ice the game for Myerscough.

Raheem Idris who finished with 16 points for Myerscough was delighted with his teams performance “the younger guys stepped up when we needed it, we were confident all game” this sentiment was highlighted by a robust 16 points 9 rebound outing from 16 year old Zion Tordoff .

It wasn’t plain sailing for Myerscough, who led by as many as 17 after a strong first half. A third quarter comeback was launched by the Knights who carried their form into the fourth to lead by 6 with 5 minutes left but Myerscough dug deep to snatch the W.

Coach Daniel Gayle hailed his team “all of our guys are U19’s, to see them play with such character and composure is something special, these meaningful games are a huge part of our development as a team and as a programme”.

Myerscough will look to move to 3 & 0 as they take on Tees Valley Mohawks next Saturday before a National Shield fixture at home on Sunday.