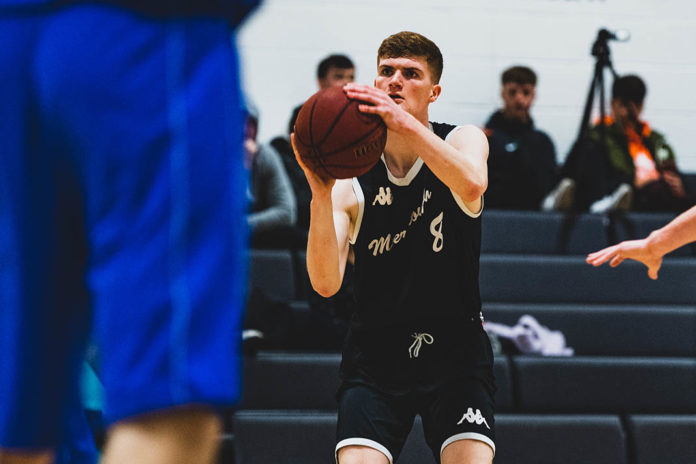 BIRMINGHAM – Lewis McGlasson led the way with 15 points on 5-of-9 shooting and Myerscough bounced back to beat Team Birmingham 71-55 on the road on Saturday.

Myerscough, which never trailed and led by as many as 20 points, held off a late rally that saw its advantage dwindle to eight with 7:45 remaining before closing on a 13-5 run.

Myerscough (6-2) was coming off a narrow 70-68 defeat to Newcastle in which it failed to convert its halftime lead into a win over the Division 2 North leaders. Despite 29 turnovers, Sco neutralised their opponent with a 61-28 edge on the glass, including a 15-5 margin on second chance points.

Franklin Agu hauled in 15 rebounds — six at the offensive end — to go with eight points in 20 minutes. Amari Williams grabbed 10 boards and Great Osobor had nine.

McGlasson knocked down a trio of 3-pointers and broke the game open in the fourth quarter when he hit from deep before converting a 3-point play on the next trip down the floor to give Myerscough a 69-52 lead.

Myerscough grabbed control early after Birmingham hit back-to-back to cut a double-digit deficit to four. A 12-1 burst that stretched the first and second quarters extended the lead to 33-18 that grew to its largest with 4:09 to go in the half.

Second-year guard Bradley Kaboza missed all three of his field goal attempts, but went 10-for-12 from the free throw line and added 10 points and seven rebounds. Myerscough went 23-of-32 as a team at the line.

Four Myerscough players chipped in at least four points off the bench — Sam Chigbo and Osobor each had eight.