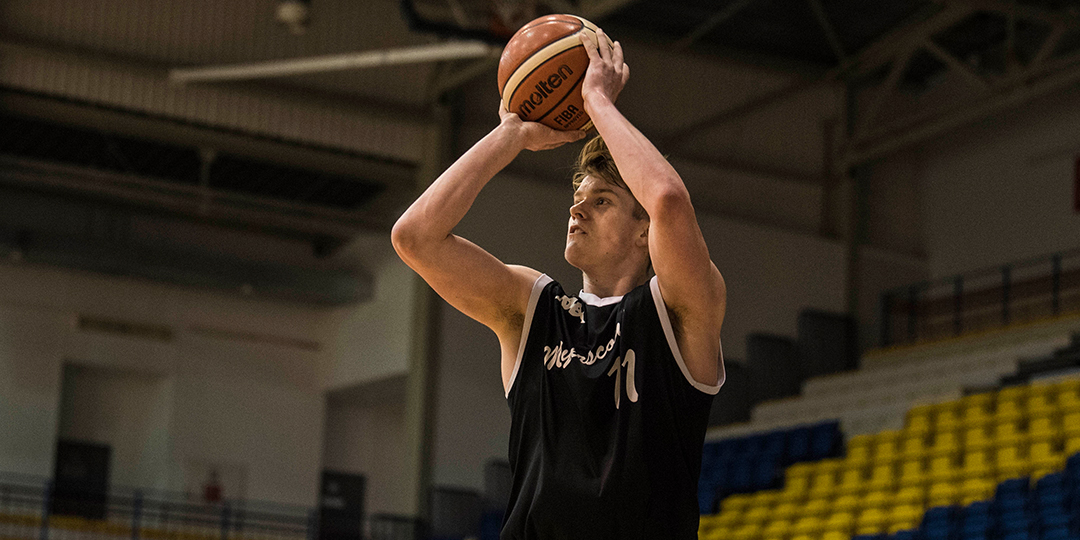 Myerscough returns eight players who have played in all 10 games across the first two stages, as well as three that made their EYBL debut in Ventspils, Latvia in December.

Mate Okros earned EYBL All-Star Five honours in Latvia, where he scored a season-high 26 points to lead Myerscough to a signature victory over BC Zalgiris. The 6-foot-6 guard averaged 13.4 points to go with 4.8 rebounds and 3.2 assists per game at Stage II.

Okros currently ranks ninth in the league in scoring at 13.6 points per game on 45.6 percent shooting and has scored in double figures in eight of 10 games, including four straight and three as the team’s leading scorer.

Sanmi Fajana is adding 10.5 points per contest and posted a season-high 18 points in a 53-50 win over BC Barsy at Stage II. The forward, who is averaging a team-best 6.9 rebounds, concluded his stay in Latvia with his third double-double.

Callan Low is one of three players to have started all 10 games — Okros and Rayon Brown the other two. After reaching double-digits just once in Estonia, Low had a breakout Stage II, where he averaged 9.2 points per game, scored in double-figures three times and hit 41.9 percent of his shots.

McGlasson, Kaboza and Adeniran all got their first taste of the EYBL in Latvia. McGlasson struggled to make an impact early, but responded by scoring in double-figures in each of the remaining two games.

Akano, meanwhile, will look to gain experience at Stage III. The 5-foot-10 guard has featured for both the Myerscough Under-18 Men’s and Division 4 teams this season. Akano has been a fixture for the Under-18s where he has averaged 8.4 points to go with 4.3 assists, 3.6 rebounds and 2.4 steals per game. He had a season-high 17 points against Edinburgh and has produced eight games with at least four assists.

Myerscough opens up Stage III of the EYBL schedule on Friday, Feb. 22 against KS Cracovia at 9:30 a.m. local time.

Here’s a full list of the roster for Stage III: