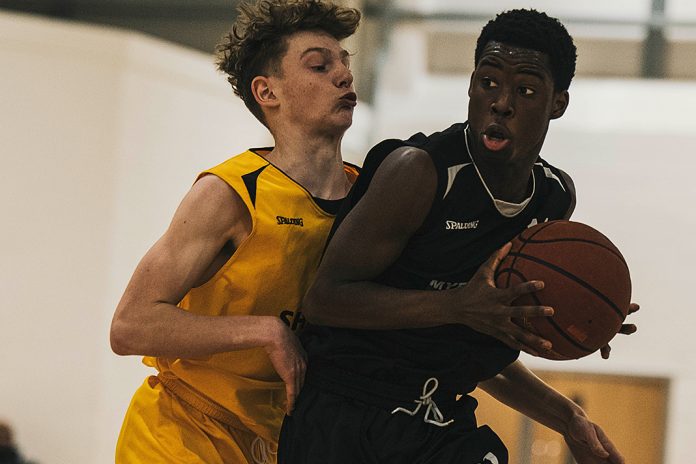 PRESTON – Myerscough Basketball Academy and head coach Neal Hopkins have confirmed the roster that will compete at Stage I in Riga, Latvia to open the 2018-19 European Youth Basketball League (EYBL) season on Friday.

Myerscough returns four players from the team that helped the Academy reach the SuperFinal in its debut season, including just two starters. Amari Williams and Sanmi Fajana each started in 14 of a possible 18 games while Bradley Kaboza made one.

Those in their second year at the Academy set to play in the EYBL for the first time are a trio of guards Sam Akano (5-11 and 70 kg), Mikey Irvine (6-2 and 78 kg) and Louis Sullivan (6-1 and 75 kg). Martell Elly (6-0 and 74 kg) is the most experienced addition as he enters his fourth season with the programme.

Third-year shooter Lewis McGlasson, who saw action in 11 games, rounds out a group of otherwise inexperienced guards in EYBL competition. McGlasson is one of three Myerscough student-athletes to be ranked in the current DENG Camp top 10.

Three newcomers to the programme have also been tabbed for Stage I, including the highly-touted and athletic wingman Franklin Agu (6-6 and 104 kg). Agu, who is ranked fifth in the DENG Camp standings, is coming off an appearance with the England U18 Men’s team at the Future Stars Tournament where he was coached by Myerscough’s Troy Culley.

Sam Chigbo — like Myerscough alum Corey Samuels — arrives via SGS College. The 6-foot-11 and 100 kg forward ranked fifth in rebounding in the Elite Academy Basketball League at 11.2 per game and averaged 3.5 offensive boards. He also chipped in 8.9 points. At 6-foot-7, Great Osobor will figure to be the tallest point guard that Hopkins has coached during his time at Myerscough. Osobor, who hails from Spain, played his junior basketball with the Bradford Dragons.

Myerscough opens up the EYBL season against BC Helsinki on Friday at 10:20 a.m. local time.