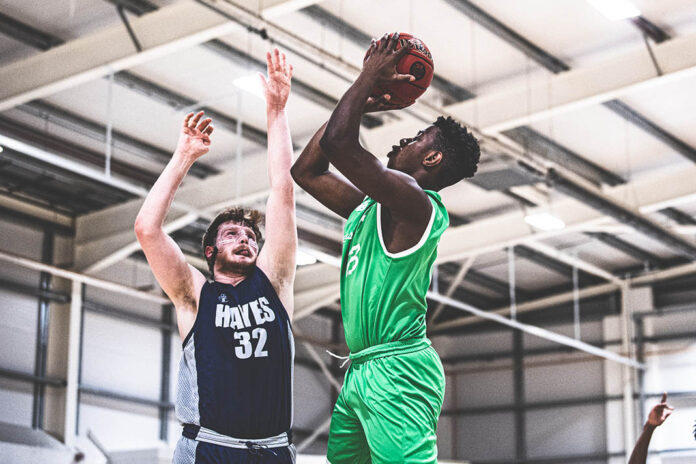 PRESTON, England – Myerscough Basketball Academy and head coach Neal Hopkins have finalised the roster set to compete in the inaugural Lynch Trophy, which gets under way Saturday at the Preston-based campus.

Second-year forwards Great Osobor and Franklin Agu are the two returning players that featured for Hopkins on the NBL Division 2 team that finished runners-up in the North Division following the cancellation of the 2019-20 season due to the coronavirus pandemic.

Louis Sullivan, Pedro Ellery, Bryan Akanmu, Dan Gargan and Joseph Bankole are all set to make the jump into the squad on the back of strong seasons under Academy coach Troy Culley and the Myerscough Division 3 Men’s team. Wes Iwediebo, meanwhile, saw action during the 2019-20 season with Myerscough Under-18 Men’s team for Academy coach Lewis Scott.

Second-year guard Ridley Shema makes his return to programme after spending the second half of last season playing for Central Pointe High School in the United States. Before heading to Florida, Shema featured for both the Under-18 Men’s and the European Youth Basketball League teams.

Guards David Chive and Titus Warari are the two newcomers to the programme that bring Division One experience. Chive averaged 5.7 points and 2.5 assists in 19 games for the Reading Rockets while Warari saw limited action in six games with Barking Abbey last season.

Wakeem Richardson, who was voted 2019-20 EABL Defensive Player of the Season and an EABL North All-Second Team selection in 2018-19, rounds out a strong guards core for Hopkins in a different look team that was dominated by size last season.

Myerscough opens up the first of three games on its Lynch Trophy schedule against the Derby Trailblazers on Saturday at 3 p.m.