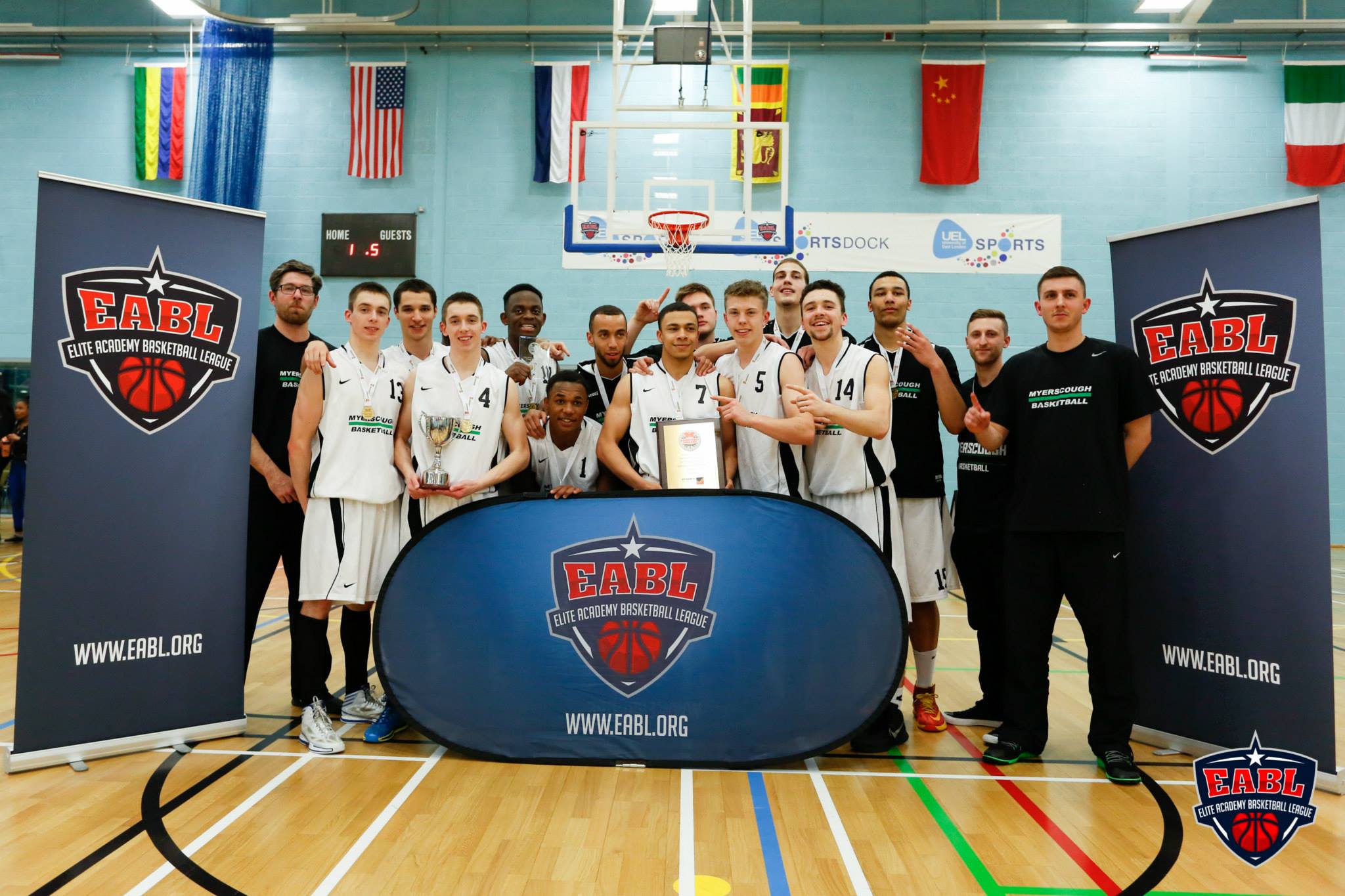 Myerscough College were crowned the 2015 EABL National Champions with a 70-56 victory over SGS College on Saturday evening at UEL SportsDock.

Emmanuel Kabengele picked up MVP, with a 13 point, 13 rebound double double, as SGS had no answer for the Myerscough side who turned it up in the second half to pull away in the third quarter for good.

It is only Myerscough’s second year in existence as a basketball programme, and what a second year it has been, claiming four national titles, with the EABL Championship being the icing on the cake.

Myerscough also gained revenge for their Elite 8 exit last year, which was at the hands of their final opponents, SGS.

Kabengele earned himself the nickname the “manchild” for his physicality on the glass and dominance inside throughout the Final Four.

“It feels great (to win),” said Kabengele, who is looking at options in both the US and Europe for next season.

“The fact that we’ve won four national titles this year, makes it even better.”

With Myerscough unable to shake SGS in the first half, it was the third quarter where they took control.

“We only had a 10 point lead at half time,” Kabengele added. “Coach Neal just told us to step it up, not slack off as they could comeback anytime and that’s what we did and ended up winning.”

SGS were led by 22 points and 10 rebounds from Dwayne Lautier-Ogunleye, but were harassed into just 9% shooting from beyond the arc (2/22) and 32% from the field, as they were unable to get the storybook ending they were looking for. The defeat marked the third consecutive year they have fallen in the EABL Championship Final.

Number one seed from the North, Myerscough College, became the first team to book their spot in the 2015 EABL Championship Final with a 66-59 victory over Charnwood College on Friday evening at UEL SportsDock.

Emmanuel Kabengele led Myerscough, coming up with key baskets all game to finish with a double-double of 22 points and 15 rebounds.

“All year he’s been a monster on the boards and I can’t praise him enough really. His physicality is outstanding, and he uses it and that’s rare to see. I’m really pleased for him.”

Kabengele had 16 points by early in the third quarter, and did all the dirty work for the Myerscough team.

“My coach told me I had one job to do which was to get rebounds and hustle plays, I came out doing that and it worked in my favour,” Kabengele said.

“First off, hats off to Josh Merrington, I think he did a great job scouting us and they blew up a lot of our sets,” added Hopkins.

“They put us in a position we haven’t been in before this year, which I expected. Charnwood gave it everything, made us work for every possession and were outstanding today. Fortunately we’ve got guys that can step up and make big shots at big times and once again the guys have come up with the goods.”

The EABL is pleased to reveal the winners of the 2014-15 regular season awards, which were announced at the Final Fours at UEL SportsDock on Friday.

Myerscough College’s Neal Hopkins picks up the North Conference Coach of the Year after guiding his squad to the number 1 seed with a 15-1 record. His team had the highest offensive and defensive rating in the league, and were amongst the leaders in every statistical category.