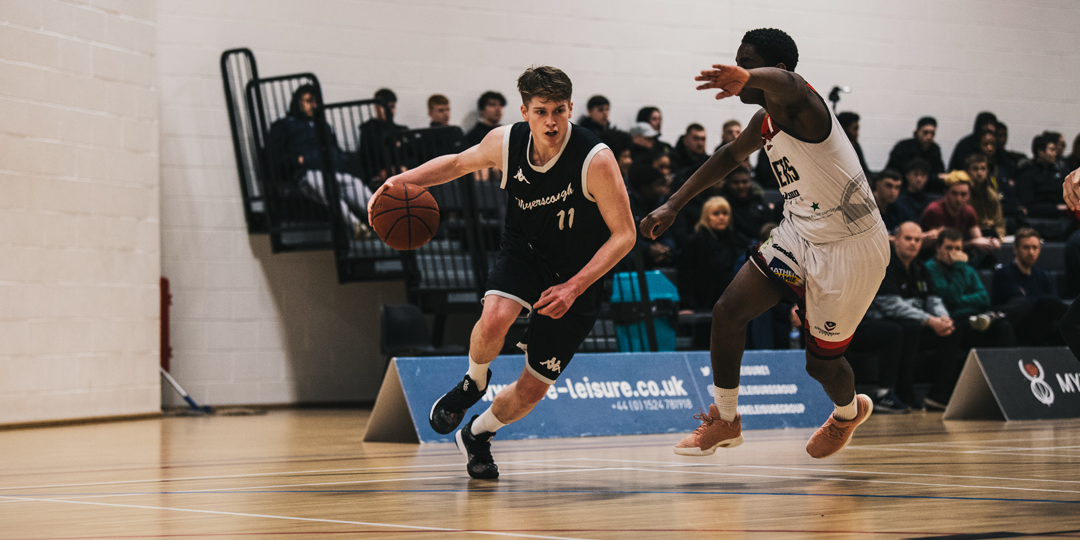 PRESTON – Bradley Kaboza scored a team-high 19 points but Myerscough saw its six-game EABL win streak come to an end in a 89-78 defeat to Charnwood on Wednesday.

Amari Williams added 17 points and Callan Low had 13 to go with three steals for Myerscough (9-2), which shot 42 percent from the field.

Charnwood opened the game on a 13-5 run before extending its lead to as many as 23 points. Myerscough chipped away a 46-28 halftime deficit and Callan Low’s 3-pointer cut it to 68-60 with six minutes left, but Sco would get no closer.

“We really had a poor first half and obviously the character we showed in the second is quite pleasing,” said Myerscough coach Neal Hopkins. “It’s a loss that we will etch off quickly.

“I was impressed with our resilience in the second half and that’s the basketball we should expect from ourselves and hopefully we see more of that as the season comes to an end.”

Naill Harris had 27 points and six assists for Charnwood (11-0). Hosana Kitenge finished with a 16-point and 14-rebound double-double, scoring eight first-quarter-points, and Josh Lloyd chipped in 16, including four 3-pointers.

Charnwood hit 52 percent of its shots, including 10 threes, and out-rebounded Myerscough 42-28. Kitenge and Ethan Damerum combined for 25 boards for the Riders.