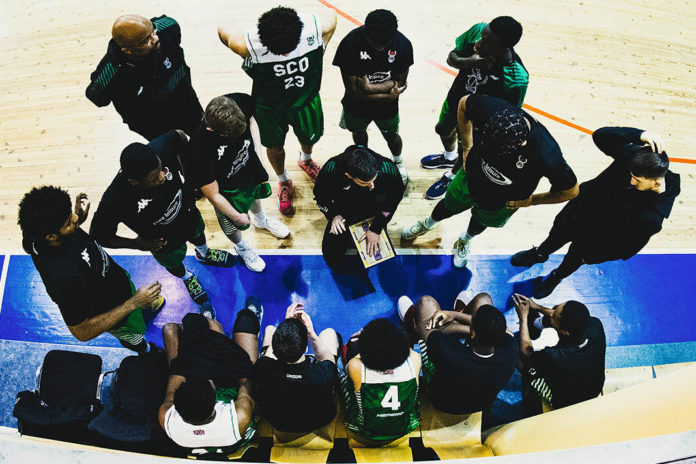 The EYBL currently operates under two-year agreements with its member clubs, with a review conducted following the end of the second season. Myerscough has now committed through the 2021-22 season.

Myerscough has amassed a 26-5 regular season record and a 27-7 mark overall during its first two years in the EYBL, which included back-to-back trips to the SuperFinal. The 2020 SuperFinal, however, was cancelled due to the COVID-19 pandemic.

By virtue of its 14-1 record during the 2019-20 season, Myerscough became the first British basketball team at any level to win a season-long European competition. Sco swept Stages II and III and strung together a 12-game winning streak in the process.

“The EYBL has given us the greatest moment in our Academy’s history,” said Hopkins. “It’s exciting to be afforded the opportunity to go back out into Europe and compete. We love the atmosphere, we love the competition structure and format, and we obviously love challenging ourselves against teams from different countries and grabbing those experiences that are so invaluable for the boys moving forward.”

The competition, which is comprised of a 15-game regular season staged over three phases before culminating in a four-team final, features some of the top under-20 players from EuroLeague, Champions League a Europe Cup established clubs. The 2019-20 campaign saw the addition of Kristaps Porzingas’ Riga-based Academy BS DSN added to the fold.

Amid the current conditions of the ongoing pandemic, the league has not committed to a schedule for Stage I, normally played at the back end of September.

“The league is taking the right steps and they’re being extremely diligent in terms of their preparation for the new season. We obviously have to have some patience with regards to what is actually going to happen next,” said Hopkins. But no matter where it comes – it could be in 12 months, six months or three – it’s just something we’re committed to and we can’t wait to get back out there.”

For more information about the EYBL, visit: www.eybl.lv/.