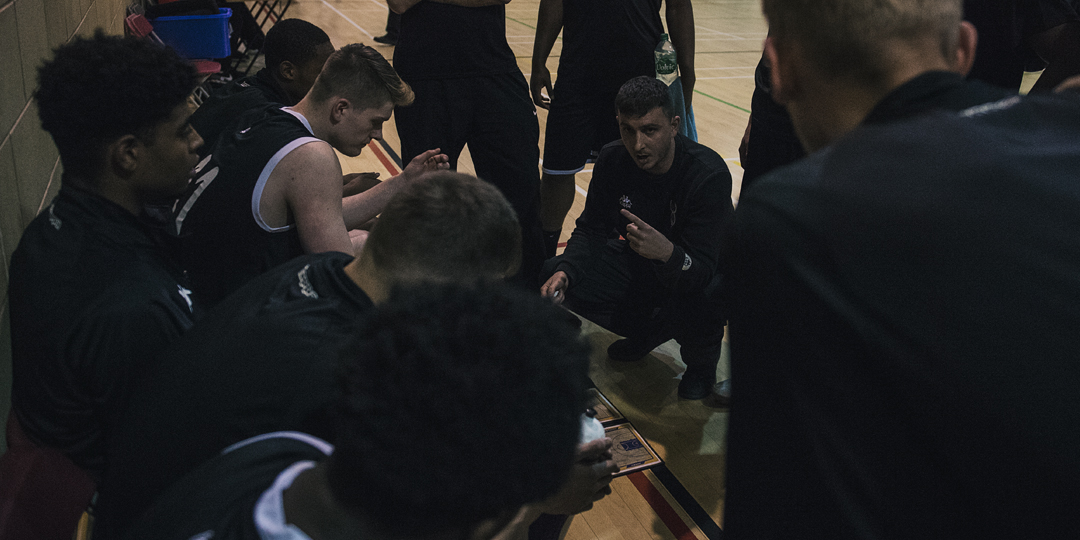 LOUGHBOROUGH – Myerscough coach Neal Hopkins was left frustrated after his team’s unbeaten start to the EABL season came to an end.

“We’ve emphasised the importance of performing at a high level of the course of the season, but today we performed really badly,” said Hopkins. “We struggled to find any rhythm and we couldn’t recover from the way we started. Games can be lost on turnovers and inability to rebound and we’ve paid for it.”

Myerscough (3-1) was turnover prone, largely unforced, in a 73-67 defeat at Charnwood College on Wednesday afternoon.

Sanmi Fajana scored 14 points and Callan Low had 13 for Myerscough, whose deficit slipped to as many as 15.

“This has to be a turning point for us,” said Low. “It’s frustrating that we work all week on critical areas, but then we come in and make silly mistakes. We have to look at it as something that can’t happen again.”

Myerscough responded to a 46-32 halftime deficit and cut the gap to nine heading the fourth.

Samuel Keita sparked a late 6-0 run. The forward was unable to convert the 3-point play, but Bradley Kaboza kept the momentum going before Mate Okros’ fast-break layup drew Myerscough within 68-62 with 4:34 remaining.

Turnovers, however, derailed Myerscough’s comeback bid down the stretch, as Charnwood converted an easy slam dunk late to seal the win.

“You always face a lot of adversity in a loss and obviously it magnifies the mistakes that are made — It’s easy to forget some of the good stuff we did,” said Hopkins. “We didn’t play at our level and we have to move on from that.”