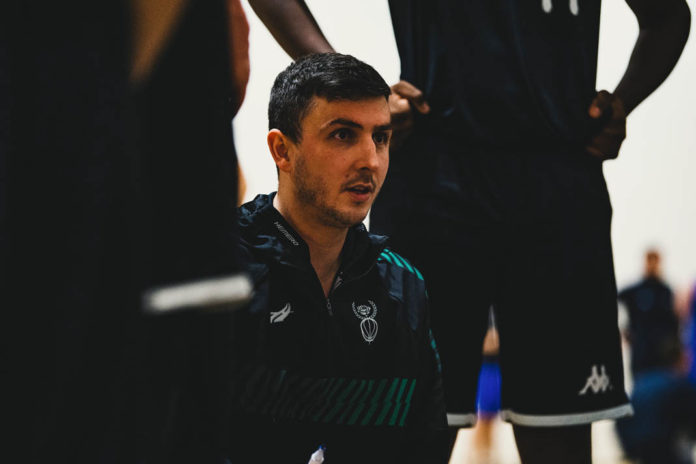 PRESTON – Myerscough fell short in its late comeback bid to upend unbeaten Newcastle, dropping a 70-68 decision at home on Saturday in Division 2.

Sco erased a 69-59 deficit, outscoring the Knights 9-1 over a four-minute stretch to set up Bradley Kaboza for a potential game-winning shot at the buzzer, but his off-balance 3-point attempt was off the mark and Sanmi Fajana’s put-back came after the clock struck zero.

“I’m incredibly proud of our guys, we played with real maturity, we walk away having learnt some valuable lessons,” said Myerscough coach Neal Hopkins. “It was a great game for both teams that was played at a very high level.”

Myerscough led 34-33 after a tightly-contested opening half that saw Newcastle build a 10 point gap. Fajana would spark a 20-2 burst that spanned the first and second quarters and vaulted Sco into a 29-21 advantage.

Lewis McGlasson, who hit three threes and scored 13 points, helped Myerscough match its largest second-half lead at 43-37. But Thomas Horvat tallied 11 of his game-high 21 points during a two and a half minute stretch that rallied the Knights ahead 54-48 — The guard went back-to-back-to-back from deep to cap off a 13-2 run.

The gap spread out to 63-50 and Newcastle looked to be running away with the contest until Amari Williams breathed new life into Myerscough. Williams hit a three and then blocked a shot before finding McGlasson in the corner for a three of his own.

McGlasson brought Myerscough within 69-68 with 15 seconds left before Newcastle got the back end of a pair at the free throw line. Sco, however, was unable to get off a solid look with the clock winding down.

Franklin Agu led Myerscough (5-2) with 16 points and Sanmi Fajana added 14 in the loss. Sco went just 4-of-8 at the free throw line down the stretch.

F. Urli had 13 points and Themba Yabantu chipped in 12 for Newcastle.