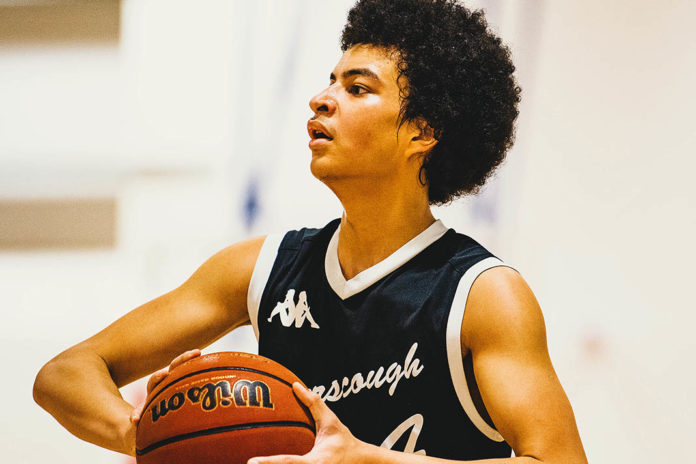 PRESTON – Myerscough’s perfect start to the Division 2 season was derailed by a late comeback from Derbyshire on Sunday afternoon.

Sco led for all but a minute and 34 seconds and by as many as 10 points in the second half, but saw a season-high 27 miscues converted into 34 points by the Arrows leading to an 83-80 defeat.

“It’s definitely a glitch and a loss that we’ll take a lot from,” said Myerscough head coach Neal Hopkins. “We’re here to learn and the guys have to take that result on the chin — ultimately we’re going to have to be a better team defensively if we want to contend in this division.”

Franklin Agu (14 points) kept his hot start for Myerscough going, contributing his third double-double through four games. He pulled in 15 rebounds for a second-straight game.

Myerscough led 75-69 with 4:29 remaining, but the Arrows used a 10-4 run over two minutes to push ahead. Agu briefly restored his team’s advantage at 80-79 with a layup from in close before Derbyshire closed by scoring the final four points.

“As coaches we at times have to be critical of our players, that’s how they learn and grow,” said Hopkins. “We’re here to teach these guys how to win games, which is obviously an opportunity to put into practice what we do throughout the week and demonstrate that we’re heading in the right direction. For us to do what we’re trying to avoid is largely disappointing.”

George Brownell scored a team-high 28 points and Joseph Baugh added 22. Callum McKenzie finished with 16 points to go with 10 assists. Derbyshire, whose largest lead was three, had 34 points off turnovers.

The game teetered on eight lead changes — the last coming with under 30 seconds to play — and there were four ties.