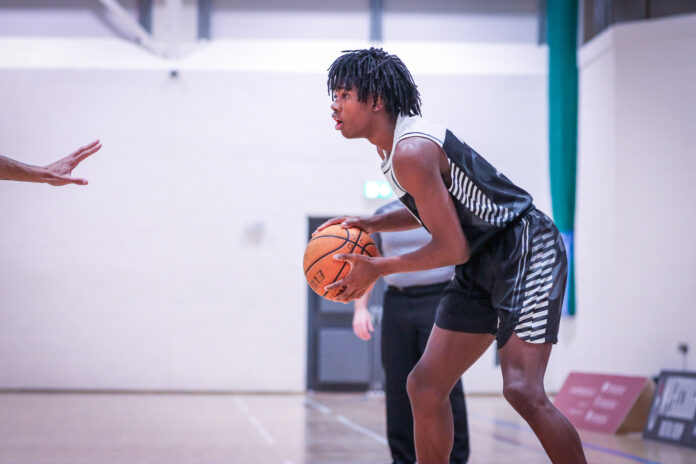 It was back to winning ways for Myerscough who put in a robust performance to edge out Northamptonshire Titans 75 – 67.

Myerscough jumped out to control the first quarter as the Titans struggled to convert from beyond the three point line. Sharp shooting from Shema, Ellery and Cheshire gave Myerscough a 10 point cushion heading into the second (27-17).

Titans fought back into the game in the second period, Dre Brown showed his ability to play both ways for the visitors as he helped narrow the gap to just 2 points at the half (39-37).

A commanding third quarter from Myerscough (26-13) was enough to blow the game wide open, the home side would lead by as many as 19 points in the second half, a margin Northampton could not claw back, with Myerscough running out with the win.

Division 3 Men – A bright start from Myerscough was unfortunately cut short, the game was abandoned due to an on-court incident with Myerscough being awarded the victory.

Under 18 Premier – Myerscough came agonisingly close to taking down the current North Premier leaders Manchester Magic in a back-and-forth clash.

Despite a valiant effort to overturn 6-point deficit in the fourth quarter and take their first lead since the first quarter, Myerscough couldn’t complete the comeback in regulation and eventually lost out 60-64 in overtime.

Myerscough raced out of the blocks and opened an early 7-0 lead over their Northern counterparts before being pinned back as Manchester took the first quarter 10-12. Both teams continued to trade blows before a trio of three-pointers in the fourth quarter nearly sealed the win for Myerscough.

Unfortunately, the comeback fell short as Manchester extended their lead again in overtime as Myerscough drop to 6-6 in league play.

In reflection, Head Coach Troy Culley added “It’s always tough to lose a close one but I am pleased with the effort the boys put in to fight back and put ourselves in a position to have a chance down the stretch. Unfortunately, we came up short and will need to regroup as we close out the regular season this coming weekend.”

Calum Johnstone continued his recent form with a game-high 15 points, with Taylor Campbell and Dayvantia Campbell-Deeble supporting with 14 and 10 points, respectively.

Under 18 Conference – Myerscough continued their push for the top spots in the Northwest Conference with a 48 – 47 win at home against Manchester Giants White.

“I was very impressed with the effort the team put in to get the win. to keep close to second place that was a finish that the team should be very proud of”, Said Mike Bernard.