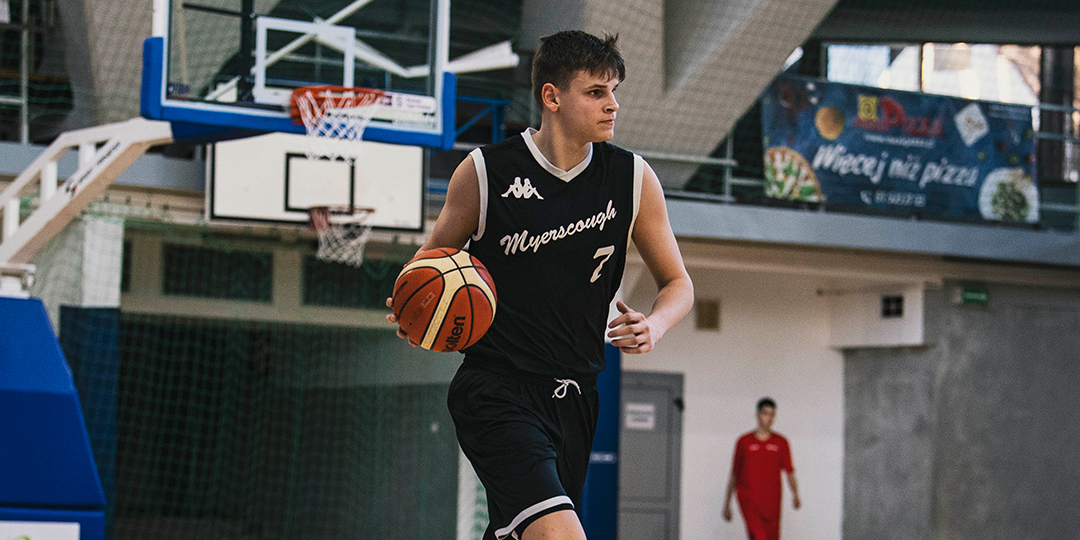 “It was resilient, we rode our luck and it wasn’t smart, and we need to address that,” said Myerscough coach Neal Hopkins. “I actually think we managed the last few possessions poorly, which is something we have been characteristically good at [at managing well] in the EYBL.”

Mate Okros converted a tough layup off a steal at midcourt before finishing the 3-point play to help Myerscough (9-3) match its largest lead of the game at six points, 58-52, with 1:59 remaining in the game.

A Pavel Kopycki 3-pointer brought Wladslawowo (6-6) within 58-56, but Callan Low, who hit just 2-of-6 free throws, added one the back end of a pair to put Myerscough up three. Michal Krasuski then knocked down a jump shot before missing a game-winning shot at the buzzer.

“It feels like we’re a team that opponents want to beat now,” said Myerscough guard Okros. “That comes with a lot more pressure because we know they’re going to come out and give us their best shot and that means we have to do more to try and win.”

Okros led Myerscough with a game-high 16 points on 6-of-11 shooting and Sanmi Fajana added a double-double (12 points & 10 rebounds). Jamie Gray scored a season-high 11 points off the bench, which outscored Wladslawowo 13-10.

“I felt I had to step up and do the simple things,” said Myerscough forward Gray, who has seen an increase in minutes with Sam Keita having missed the opening two games. “It’s a high level competition and I’m really happy with how I’ve been playing.”

Krasuski and Kamil Bialchowski each scored 14 points, with the latter grabbing 11 boards, including four offensive. Adrian Sobkowiak chipped in 11 in the loss.