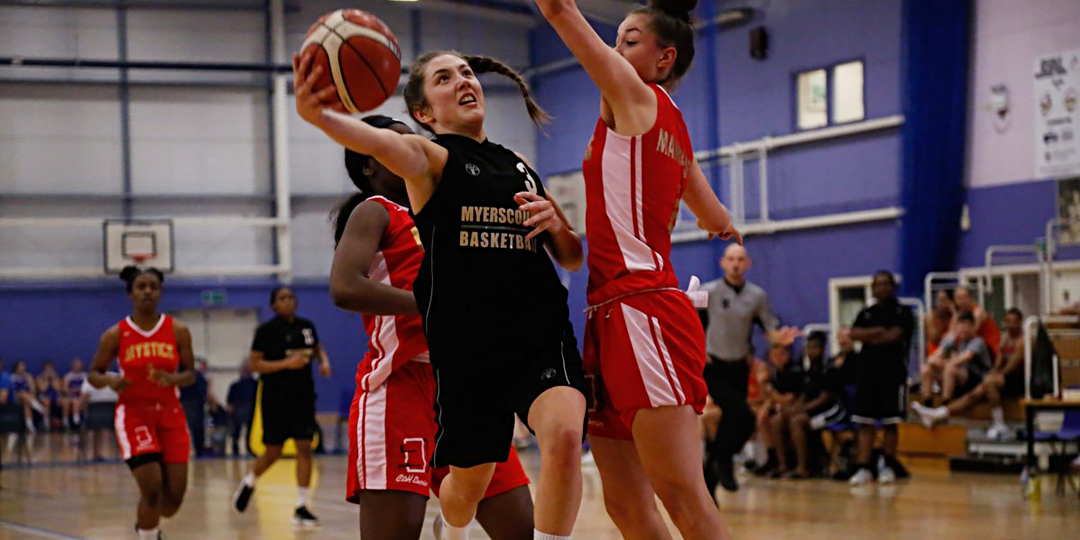 MANCHESTER — The Myerscough Ladies fell 43-36 to Sevenoaks in the finals of the inaugural Maggie Forber Invitational Tournament held at the Amaechi Centre in Manchester on Sunday.

Myerscough finished as winners of Pool A following victories over the Sheffield Hatters and Manchester Mystics Under-16s on Saturday, before advancing past the Mystics Under-18s in the semifinals.

The Suns picked up two victories in Pool B and defeated the Mystics U16s in the second semifinal on Sunday.

Myerscough overcame a slow start to the final, which included a 10-point second quarter deficit, to close within 26-25 midway through the third quarter.

Sevenoaks, however, maintained a four point lead heading to the fourth. Myerscough managed to cut it to 35-32 with 3:54 remaining, but was outscored 8-4 down the stretch.

Kyra Smith led Myerscough in scoring totalling 49 points in four games for an average of 12.3 points per game — ranked second at the tournament.