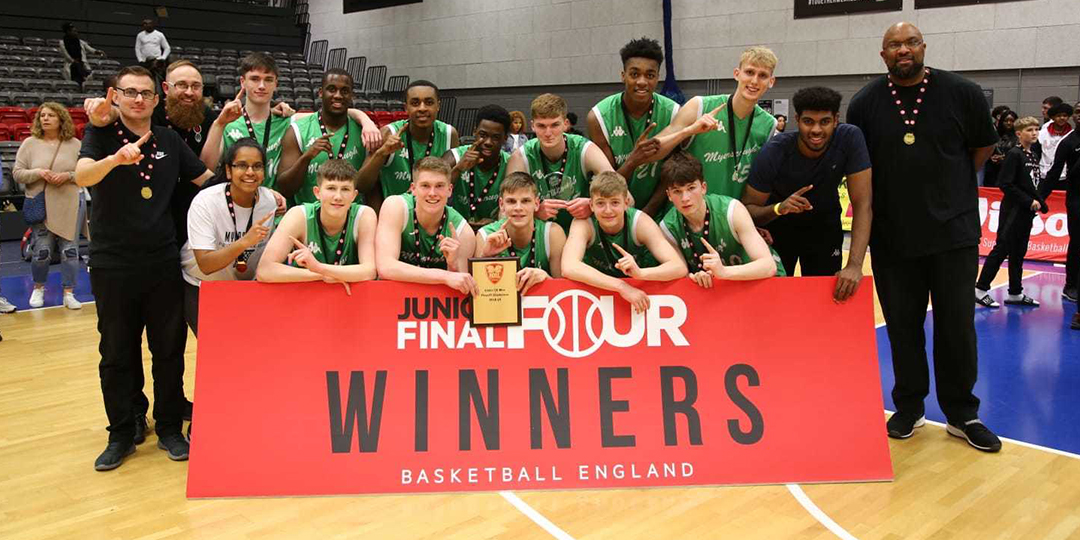 MANCHESTER – It was a scene of redemption for Myerscough when its players, coaches and friends rushed the court at the National Basketball Performance Centre in Manchester.

Nearly a year ago to the day, Myerscough had to watch Manchester celebrate following an overtime win — a scene replicated by Sunday’s opponent in December when Haringey beat Sco in the National Cup semifinals.

“Redemption is the right word,” said Myerscough coach Troy Culley. “There’s no easy way to go about it. Losing by two to Manchester last year hurt. Losing by two to Haringey in the Cup semifinal hurt. That’s two games that we’ve lost by two points on one possession and it does hurt — and you go through a whole range of emotions and try to not pin it on one possession but a culmination of things. But it still comes down to the end and getting it done.

“But this is massive. This is massive for the programme and the guys. It’s a big win for the Academy and it’s a statement, and it’s deserved. It’s a testament to the resilience we’ve shown all year and our ability to cope with pressure and the speed bumps. We feel like we’re always being tested and that we’ve got a target on our back and we always get everyone’s best effort when we step on the floor, which is incredibly complimentary, but it pushes you to compete at a different level consistently.”

It wasn’t easy, but Myerscough got it done.

Myerscough had to overcome a poor shooting performance — both teams shot just over 26 percent from the field and combined to hit 8-of-61 attempts from 3-point range.

A day after turning the ball over 25 times in its semifinal win against Sussex, Myerscough took better care and cut its turnovers to 13.

Lewis McGlasson, who earned Most Valuable Player of the Under-18 Men’s Playoff Final, scored 16 points and hit two crucial threes to start the second half — the first broke a 25-all tie and gave Myerscough held the lead the rest of the way en route to a 52-50 win over Haringey.

“It was a perfect time to step up and give the team the lead and momentum,” said McGlasson. “There was no way we were going to lose that game two years in a row — I just wanted to help my team get the win.”

Amari Williams added just six points — all coming in the first half — but pulled in 15 rebounds for Myerscough.

An 8-1 burst to end the third quarter looked to give Myerscough, which grabbed a 44-36 lead in the process, the boost it needed. Louis Sullivan, who scored six of his seven points in the quarter, sparked the charge with a driving layup and capped it off with a fade way.

“It meant everything,” said Sullivan, who played 26 minutes off the bench in the finals. “After all the hard work this season I wasn’t going to go into the game and do nothing. I felt it was important to make a difference and show that I’m a threat out there.”

Led by Ndwedo Newbury, Haringey used a 6-0 run to climb within two with 7:44 remaining. Newbury scored a game-high 21 points to go with 15 rebounds and Franklin Agu added a double-double (13 points & 13 rebounds) for the Hawks.

Myerscough would hit just one field goal in the fourth quarter, but went 6-of-10 at the free throw line to close it out.

Andreas Vella hit a 3-pointer with seven seconds left to climb within 51-50 before Bradley Kaboza got 1-of-2 to fall at the line. Callan Low then blocked Owen Young’s 3-point attempt at the buzzer.

“It wasn’t a pretty game of basketball — the ending was ugly,” said Culley. “But we were prepared for that dog fight and to get that chip off our shoulder.”