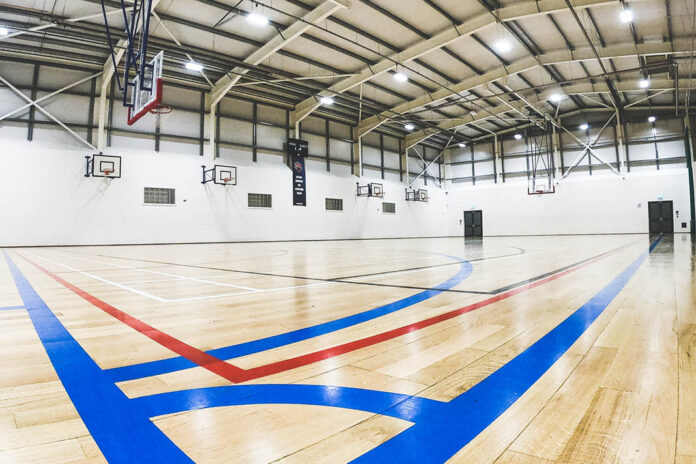 Myerscough, which is one of just two Academies invited to take part in the NBL Division One competition, will open its Lynch Trophy group schedule against the Derby Trailblazers on Oct. 10 at 3 p.m.

Bradford and last seaosn’s Division 2 champions Newcastle will also head to the Preston-based campus bubble with all six games set to be live-streamed. Playing each other once, the two top teams in each group will then progress to the quarterfinals.

“Firstly, basketball is back. It is fantastic to be involved in the trophy as this is a brilliant opportunity for the players and the programme,” said Myerscough head coach Neal Hopkins. “We had a great [National] Cup run last year and showed that we could mix it up with the Division One teams. I am sure the guys are hungry to carry this over into the trophy competition.”

The L Lynch Trophy is being staged as a trial event for the coming season, providing controlled windows for clubs, officials, coaches and players to understand the ‘new normal’ and how games will need to be conducted throughout the season.

“We are coming through a difficult time for the sport and we are confident the event will help us understand some of the challenges heading into the new season while giving teams the opportunity for some competitive action,” said Basketball England Senior Delivery Manager Gail Richards.

The other three host sites selected include Southampton, Loughborough and St Albans.

“Getting basketball back on track is hugely important and to be able to do this safely while doing the occasion justice is something I am really passionate about,” said Hopkins. “I have no doubt we will be able to host three great weekends.”

Basketball England recently announced that Division 2, which Myerscough finished as runners-up in the North Division in 2019-20, has been postponed.

Myerscough’s last competitive game before the cancellation of all competitions was played at the High Performance Centre back on Mar. 12.