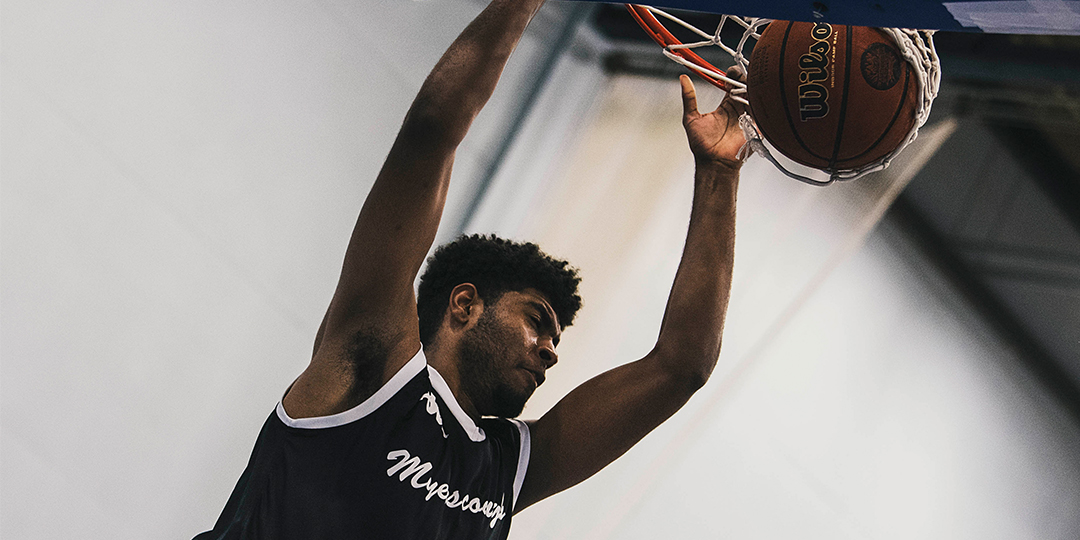 PRESTON – Myerscough faces its second true EABL road test when it travels to Derby on Wednesday for a 4:30 p.m. tipoff.

Sco fell short to open the road portion of the league schedule at Charnwood three weeks ago, but returned home to best Sheffield before beating Archbishop Beck in the AoC Premier Cup away from Preston.

A trip to Noel-Baker School has proved to be a stern task, with a 79-76 overtime loss 373 days ago being the lone blemish during Myerscough’s West Conference regular season triumph last season — Sco rebounded and won eight-straight games to capture its fourth crown.

Edoardo Del Cadia and Konrad Kantorski both had 20-point performances, including a 20 rebound game from the Italian, in which Myerscough let slip a late double-digit lead. Both have since graduated.

Leighton Elliott-Sewell, who scored 17 points, to lead Derby has also departed, but Tzion Essel-Jaji returns. The guard added 16 last year and has been averaging 12.2 points to go with 3.4 assists per game in 2018-19.

Callan Low and Mate Okros are the two returning starters from the defeat last November, but have played sparingly throughout the EABL. Low has averaged 12.8 points in four games, which ranks third on the team, and Okros has added 10.

Sanmi Fajana, meanwhile, leads Myerscough (4-1) with 13.8 points to go with 5.6 rebounds. The forward has started all five games, reached double figures in three and is shooting the ball at a rate of 58.8 percent. His frontcourt partner Samuel Keita is contributing a double-double of 13.3 points and 12 rebounds.

Derby currently sits behind Myerscough in third place in the standings with a 3-2 record, including a 2-1 mark at home. The Trailblazers are coming off a 94-46 win over winless SGS College.