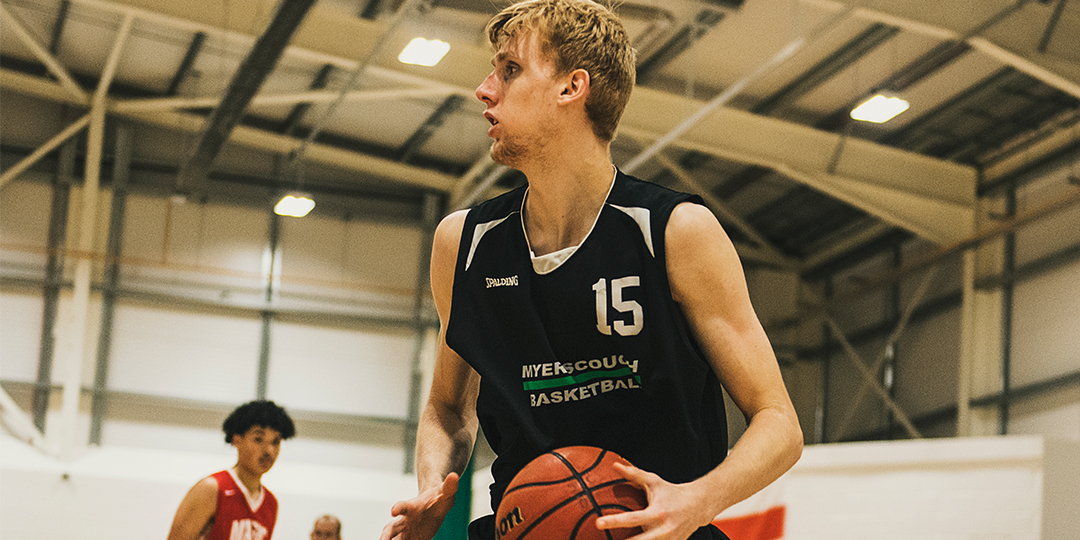 PRESTON – Myerscough looks to keep the momentum rolling after opening the EABL season with a convincing win when it hosts SGS College on Wednesday at 2 p.m.

Sco, who won their fifth consecutive EABL season opener, was led by Lewis McGlasson’s 16 points in a 96-52 rout of James Watt College last Wednesday. McGlasson sparked the team with a 13-0 first-half run and finished red-hot shooting 6-of-8 from the field, including hitting all four of his 3-point attempts. Sco shot 64.1 percent (41-of-64) and hit 10-of-15 threes (66.7 percent).

Much like a season ago where Myerscough rode its defence all the way to the EABL Playoff Final, Myerscough suffocated James Watt into 24 miscues and held a 28-12 margin in points off turnovers. Sco made just 13 steals with Sam Keita recording three, but limited their opponent to 27.4 percent (20-of-73) shooting from the field and 4-of-21 (19 percent) from range.

Myerscough was without highly touted EABL All-Second Team guard Mate Okros, but found big contributions from the bench led by McGlasson. Jamie Gray added 11 points to go with six rebounds and Ben Gordos had nine whilst the depth combined for 55. Sam Keita chipped in a double-double (12 points & 15 rebounds) and Callan Low scored 12 points.

Myerscough holds a 6-1 record all-time over SGS College, winning the last six meetings by a combined 152-point margin. That includes five double digit wins and a 51-point blowout on Feb. 1. Sco’s lone EABL Playoff Championship came against SGS back in May 2015.

Okros had a breakout performance scoring 26 points in the last matchup — a 102-51 road win — and Myerscough’s defence create 28 turnovers for 25 points, which set season highs. Sco was in control from the start after a 21-1 run built a 26-6 advantage that was never threatened.

Following early season woes, SGS College limps into the contest on the back of two defeats to start the season. SGS, which has committed 61 turnovers through two games, was beaten handily to open the season by James Watt before losing 80-70 at Newcastle.