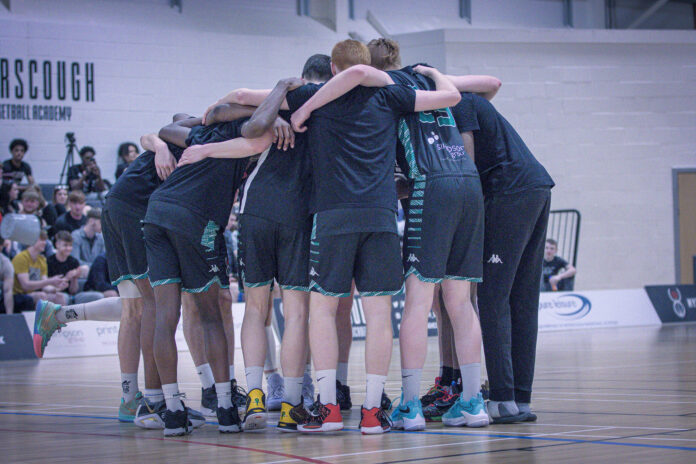 Preston – Ridley Shema scored 22 points as Myerscough powered by The Sheffield College, 92 – 76 on Wednesday afternoon. Myerscough will head to the EABL Championship game next week in a rematch of the 2016 final.

Juelz Robinson opened Myerscough’s account from three-point range and was immediately met with a reply from Sheffield’s Declan Kom. This theme remained throughout the first 5-minutes of the game as both teams traded blows and were locked at 13 – 13.

Myerscough exploded for 16 unanswered points either side of a Sheffield time-out, as Ridley Shema found his groove offensively and the hosts went into the first break, 31 – 17 ahead. Sheffield matched Myerscough in a back-and-forth second quarter but still trailed 50-34 at half-time. Two-time EABL Player of the Week Bryan Akanmu took the offensive reigns in the third quarter as Myerscough outscored Sheffield 17 – 4 and built its biggest lead of the game at 30 points.

Sheffield College clawed back taking the fourth quarter, However, Myerscough controlled their advantage and comfortably saw the game out.

Pedro Ellery and Juelz Robinson would finish with 17 and 16 respectively for Sco’ whilst Declan Kom 24 and Charles Okafor 23 would lead Sheffield.

Myerscough will take on Charnwood in the Championship game next Wednesday, at the National Basketball Performance Centre in Manchester, after they edged out Barking Abbey in their Final 8 match up.