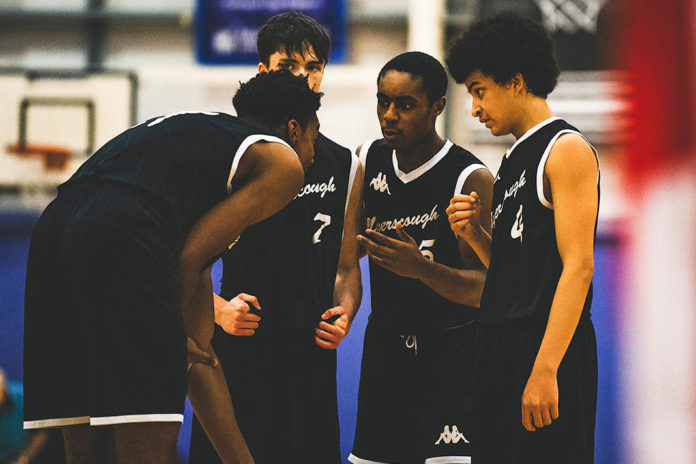 PRESTON – Myerscough’s gritty identity, which is built around a relentless toughness has worked to great success within the domestic campaign and is currently translating against the European game.

Throughout Stage I, Myerscough maintained its workman-like output and has asserted its position within the league a year after the Academy reached the European Youth Basketball League SuperFinal.

“If used the right way, the thing we’ve really learned over the last 12 months is the effectiveness of the British style in Europe,” said Myerscough coach Neal Hopkins. “We have a lot of weapons and you can talk about the competitiveness of our players, and, obviously, that’s a major factor in why we’re having the success we’ve had. We’ve been really trying to utilise our strengths rather than force ourselves to be something we’re not.

“We spent last year trying to play too much of a European game and now we’ve made the right adjustments. It would be a travesty not to use our strength and physicality. The boys have bought into what we as a coaching staff are trying to preach and that makes us a difficult team to play against.”

First-year forward Franklin Agu’s 7.4 rebounds per game at Stage I led a team that held a 208-146 advantage on the glass, including a plus-29 margin on the offensive end. Myerscough, which hit 47 percent of shots inside the arc, flexed a constant barrage outscoring opponents 180-82 in the paint and 61-36 on second-chance points, as well as 84-53 off turnovers.

The lone time it was outscored on second chance efforts and off turnovers came in the Game 3 loss to Keila BS. Myerscough, otherwise, ran rampant in its first trip to Riga on its way to outscoring opponents 311-222.

It’s the loss to Keila that remains relevant and a motivating factor ahead of Stage II, which tips off for Myerscough at 11:40 a.m. local time on Dec. 12 against Sandvika BBK (Norway).

“It was a loss that we took away a lot from,” said Myerscough head coach Neal Hopkins. “Teams have begun to fear what we do and they want to challenge us. That gives us a bit of a psychological advantage but we have to be prepared to go in there and win. Our expectation isn’t based on something we’re not in control of — we now feel in control and that’s a big shift.”

Bradley Kaboza, who is currently ranked No. 5 in the DENG Camp Top 20, has seen a rise in his game after posting back-to-back games in double-figures scoring to close out last May’s SuperFinal. Kaboza averaged a team-best 12.8 points per game at Stage I and had a career-high 20 points against BA Tallinn Kalev. He scored just 5.2 points per game in the EYBL in 2018-19.

“We’re a team that sticks to what we know, which is our roots. We want to be effective in what we do and we know that we can rebound hard and make the hustle plays and that’s what makes us unique,” said Kaboza. The 6-foot-2 guard has transitioned into the leader of Myerscough following the departures of Mate Okros and Callan Low.

“Neal [Hopkins] sets the standard for us and then we hold ourselves accountable. But really, it’s an expectation we’ve set too and right now going into Stage II we’re going in with a mindset that we have to go 5-0.”

Mikey Irvine was the surprise standout at Stage I of the European Youth Basketball League season. He stepped up in Riga and earned an All-Star Five selection when Myerscough needed a catalyst after losing two of its top three scorers from a year ago.

“I wouldn’t say there’s any pressure to replicate what I did at Stage I,” said Irvine, who, having progressed into the elite-level group from AoC Sport CAT 2 and the Under-18s, is the epitome of what Myerscough is trying to achieve as an academy. “I’m really enjoying they way we’re playing this year and that’s made it easier to make adjustments to keep my game at a high level.”

Myerscough has tremendous depth at its disposal heading into Stage II, with nine players averaging at least 3.2 points and five grabbing over 3.6 rebounds per game.

“Neal [Hopkins] sets the standard for us and then we hold ourselves accountable. But really, it’s an expectation we’ve set too and right now going into Stage II we’re going in with a mindset that we have to go 5-0.”
— Bradley Kaboza, Myerscough guard

Only three players — Kaboza, Agu and Amari Williams — started all five games. Those that made less than three starts at Stage I accounted for 43.7 percent of Myerscough’s total offence and 33.2 percent of its rebounds.

“From my perspective as a coach, I would love to play on this team,” said Hopkins. “Any one of these players knows they’re are starter, but the guys have embraced the fact they can step in at any moment and provide a spark. We don’t lose anything when we go to the bench and that’s the reason why we’re in the position we’re in with a chance to do something special.”